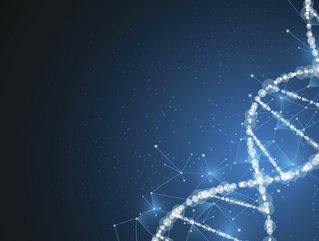 An international team of scientists has achieved a breakthrough which could transform the way that energy is harvested in the future. Resea...

An international team of scientists has achieved a breakthrough which could transform the way that energy is harvested in the future.

Researchers have developed a ‘twistron harvester’ device which can use energy from natural sources to produce power, by using carbon nanotubes that are twisted into a yarn and put into in an electrolyte.

The twistrons are made up of tiny strands of carbon atoms up to 10,000 times smaller than a hair and can produce enough power from the likes of ambient activity from ocean waves and body movements to power an LED.

The study’s senior author, Ray Baughman, a professor at the University of Texas at Dallas and Director of the NanoTech Institute, is proud of the breakthrough.

He said: "Although numerous alternative harvesters have been investigated for many decades, no other reported harvester provides such high electrical power or energy output per cycle as ours – for stretching rates between a few cycles per second and 600 cycles per second.

"Based on demonstrated average power output, just 31mg of carbon nanotube yarn harvester could provide the electrical energy needed to transmit a two-kilobyte packet of data over a 100m radius every 10 seconds for the Internet of Things."

It’s hoped that the technology could dramatically reduce the need for battery power in the future and perhaps even reduce our dependency on fossil fuels.  The researchers are particularly excited about the potential of using the technology within the ocean, but that’s not yet viable due to the cost of making them.

Baughman added: "Harvesting electrical energy from human motion is one strategy for eliminating the need for batteries.

"If our twistron harvesters could be made less expensively, they might ultimately be able to harvest the enormous amount of energy available from ocean waves.

“At present, these harvesters are most suitable for powering sensors and sensor communications."