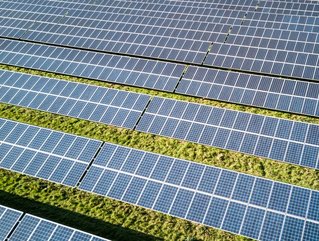 Due to the recent heatwave the UK has been experiencing, the nation has reached new records in its solar power industry.

Due to the recent heatwave the UK has been experiencing, the nation has reached new records in its solar power industry.

With cloudless days, solar power briefly became the country’s number one source of power, ahead of gas, the Guardian reported.

On Sunday 24 June, solar power generated more than 27% of the UK’s grid for approximately one hour.

Despite the lack of investments going into the renewable energy recently, solar power reached its highest ever weekly output in the nation at 533GWh.

In the review period – between 21 and 28 June – five of the seven days saw solar energy generate more than 75GWh, breaking another record.

Also, for the first time ever in the UK, solar energy created more than 8GW of power each day for eight consecutive days.

“During the past 12 months alone, we have seen renewable generation records broken and we expect this trend to continue, as technology advances and we find new ways to accommodate and manage more wind and solar power on our network,” stated Duncan Burt, the National Grid’s Director of System Operations, the Guardian claimed.

“This marks the start of subsidy-free solar being economically viable, and I genuinely believe we’ll see bigger changes to the electricity sector in the next 10 years than we’ve seen in the past 10,” noted Dr Alastair Buckley, solar expert at the University of Sheffield, the Guardian added.