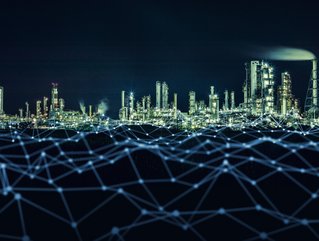 German energy company sonnen has collaborated with energy distribution operators in the nort...

German energy company sonnen has collaborated with energy distribution operators in the northeast of the county to form a virtual power plant (VPP).

Created by connecting a network of its sonnenBatteries together, which can store excess energy generated from wind turbines, sonnen estimates that homes will be able to cover 75% of their annual electricity requirement from a sustainable, clean source.

With the network managed by blockchain, the sonnenBatteries turn what was previously a waste product into something that could save money for the consumer and promote a new, eco-friendly method of meeting modern electricity requirements.

sonnen’s VPP works by mitigating the need for ‘energy bottlenecking’ in the production of wind power. In order to avoid overloading the grid, network operators will limit the amount of energy being channelled into it by creating a ‘bottleneck’ to reduce power.

This achieves the desired effect, however it also creates a waste problem as valuable energy is essentially jettisoned to shore-up the integrity of the grid.

The VPP allow for operators to dispense with bottlenecks and instead channel the excess energy in a lossless transfer to the sonnenBatteries, whilst still preventing the grid from overloading.

To give an idea of the magnitude of power that can be recovered in this fashion, sonnen claims that, in 2018, at estimated 5.4 TWh of clean electricity was lost by bottlenecks, which could have been used to generate 2.6mn tonnes of CO2.

sonnen’s VPP is also marketed through the Energy Web Foundation (EWF) - a non-profit organisation that is seeking to utilise blockchain and other associated technologies to increase the uptake of sustainable energy.

If an energy company expects a surge in wind power, it can report this to EWF, who, in turn, will match the request with sonnen’s VPP storage capacity.

Working towards a smart grid

Jean-Baptiste Comefert, MD of sonnen eServices, stated that the company’s goal was to revolutionise Germany’s grid and bring it squarely into the modern, digital era.

“With a flexibile market for renewable energies and the automatic exchange of supply and demand, we are realising the next step towards a smart grid that can deal much more flexibly with fluctuations from renewable energy.”

“Virtual power plants such as those from sonnen are the technical building block for this power grid that has been missing up to now and can help to ensure that less green energy is lost.”

Commenting on the exciting potential to save money and the environment, Micha Room, CTO of EWF, said that the sonnen’s technology could be the start of an exciting transformation for the country.

“sonnen's project is a vision of the future: using a blockchain-based approach to reduce curtailment from large-scale wind energy by leveraging the available capacity of distributed batteries.

“When we at EWF talk about accelerating a low-carbon, customer-centric electricity system, this brings that to life.”