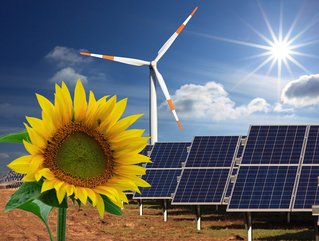 The South Australian government has received around 60 proposals from companies around the world looking to tap into its new $150mn Renewable Technol...

The South Australian government has received around 60 proposals from companies around the world looking to tap into its new $150mn Renewable Technology Fund.

The proposals include a diverse range of next generation renewable energy and energy storage technologies, including batteries, bioenergy, pumped hydro, thermal, compressed air and flywheel.

Energy Minister Tom Koutsantonis said: “What this result shows is that companies around the world recognise the potential that exists in the energy and storage sector in South Australia.

“The applicants include some of the leading global companies operating at the forefront of these emerging technologies. We also received very exciting proposals from local businesses, demonstrating the incredible capability of the entrepreneurs we have in this State.”

The fund’s creation coincides with Tesla breaking ground on the construction of the world’s largest battery, housed in South Australia.

Other storage solutions are being considered under the Renewable Technology Fund. Adelaide-based company 1414 Degrees has submitted three proposals for consideration, including a pilot 10MWh thermal storage project that could allow SA Water to store some of the energy it generates from biogas produced at the Glenelg Waste Water Treatment Plant.

Koutsantonis added: “The Renewable Technology Fund will not only help deliver clean, reliable and affordable power, it will also create new energy and renewables jobs in South Australia.
We are investing in these technologies as part of our plan to improve grid security and put downward pressure on power prices.

“Steven Marshall’s only plan is to leave it up to Canberra to set South Australia’s energy agenda. When it comes to energy, there’s a blockage in the Liberal Party - it’s time Mr Marshall showed some fibre and pushed out some policies of his own.”