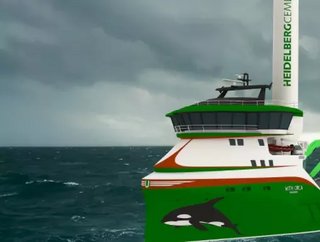 StatKraft wins a contract and embarks on a project, which will create a “World’s First” 88-metre hydrogen-powered vessel for Norwegian goods transportation

One of the big logistical challenges that industries face is emissions. Leading up to the year 2050, companies like automotive manufacturers have a head start in reaching their net-zero goals, compared to the shipping industry. However, shipping goods is one of the most efficient methods of transporting goods internationally.

The shipping industry accounts for around 90% of global transportation, with man-made emissions as low as 3%. Nevertheless, that 3% will need to be managed for the industry to be declared carbon-neutral, and Statkraft’s next project goes a long way towards this. The company, along with its subsidiary, Skagerak Energi, has been awarded a contract with highly positive implications for global trade.

StatKraft provides energy solutions in industries beyond shipping, including onshore renewable energy sources and smart electric EV charging systems. "Statkraft is Europe's largest producer of renewable power, and the production of renewable hydrogen and hydrogen-based fuels is in line with our strategic ambitions. This contract is an important milestone in our efforts to establish Statkraft as a leading hydrogen producer in Norway and Sweden and fits well with the series of other initiatives we have on hydrogen for sea and land transport," says Birgitte Ringstad Vartdal, Executive Vice President at Statkraft.

A New Form Of Cargo Ship

The project was contracted by the German cement company, Heidelberg Cement, and Felleskjøpet, an agricultural co-operative, through the Green Shipping Programme and involves the supply of an 88-Metre cargo vessel. The Norwegian state claims to be the “world’s first hydrogen-powered cargo ship.”

The vessel will be used for shipping grain and gravel across Norway. The vessel will depart from the east of the country with a shipment of grain to be delivered to the west, followed by a delivery of gravel on the return trip. Norwegian Ship Design is also involved in the project and believes the vessel will be in operation from 2024.

"This is fully in line with our new growth strategy and an important milestone for us. We are proud to be chosen as the supplier together with Statkraft," says Jens Bjørn, Staff Chief Executive Officer at Skagerak Energi.

Although the term ‘world’s first’ may apply to the scale of this project - the length of the ship being 88-metres, the market for hydrogen ships has already received a lot of input. In April, a project called Flagships also received the go-ahead to implement a similar initiative, saying it would launch “the world’s first commercial cargo transport vessel operating on hydrogen.” This vessel is set to deploy for operation in France, carrying out operations along the River Seine. Other small hydrogen-powered vessels have been in operation for some time.