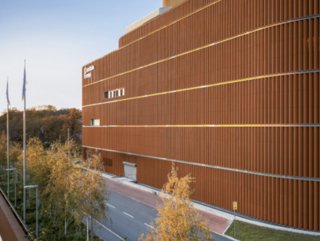 When complete, the BECCS plant at its KVV8 bio-cogeneration plant in Stockholm, will capture 800,000 tonnes of biogenic CO2 every year. The facility will contribute to Sweden’s and Swedish and international companies’ goals of achieving net zero emissions. To watch the ceremony signing webcast, click here (1pm GMT/2pm Sweden time).

The EU Innovation Fund has chosen to support seven European projects that contribute in various ways to combating climate change with innovative technologies. Stockholm Exergi’s project to establish a large-scale plant for the separation and permanent storage of biogenic carbon dioxide is the only one of the seven projects that deploys BECCS technology.

“The support from the EU Innovation Fund is very important to us. It means that we can maintain our timeplan for opening the full-scale plant. The support also represents a clear recognition of the project, a recognition that is particularly important in our work to be a catalyst for establishing a market for negative emissions,” said Stockholm Exergi CEO Anders Egelrud.

Carbon capture is being developed as an addition to Stockholm Exergi’s already existing bio-cogeneration plant in Hjorthagen in Stockholm. At its research facility, which opened in 2019, Stockholm Exergi has been able to demonstrate the extent of the project’s innovation with very high levels of energy efficiency and sustainability.

Tests show that it has been possible to capture almost 90% of the biogenic carbon dioxide at high energy efficiency levels due to extensive heat recovery and reuse towards Stockholm’s district heating network.

To secure financing of the BECCS facility, Stockholm Exergi believes three main financing streams are needed; alongside EU funding, the other two sources are the Swedish state – through a so-called reverse auction, the details of which are due to be decided in 2022 – and income from the sale of so-called Carbon Removal Certificates (CRC) on the voluntary carbon market.

“We’re working intensively on reaching full financing of the project and have several dialogues with companies that look to purchase CRC to compensate or neutralise their remaining emissions and become “net-zero”. Our goal is to enter into agreements with potential buyers ahead of our final investment decision in 2023,” added Egelrud.

The BECCS plant will have a capture capacity of almost 800,000 tonnes of carbon dioxide per year. To ensure that the project’s entire value chain is included in the initiative, it is necessary that agreements are signed regarding the transport and permanent storage of captured carbon dioxide. These negotiations are ongoing and will be a key aspect of work on preparing for the decision on how the project will be funded, which is planned for 2023.