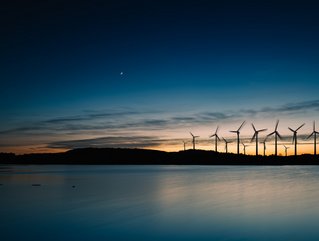 Offshore wind leader and success symbol for energy companies looking to transition from fossil fuels to renewables, Ørsted, has unveiled plans to become carbon neutral by 2025 with a carbon neutral supply chain and energy trading portfolio set for 2040.

Recently recognised as the world’s most sustainable company, Ørsted has spent the past decade successfully shifting from being a fossil fuels-focused energy company to one wholly dedicated to renewables.

Compounding this impressive feat, its goal of carbon neutrality by 2025 will mark it as the first major energy company in the world to reach the milestone for energy generation, significantly outpacing the targets set by the Paris Climate Agreement and the UN’s Sustainable Development Goals. Compared with 2006, the firm has already slashed its carbon output by 86%.

Between now and 2025, the firm aims to cut its emissions by 98%, and it is exploring ways to counter the remaining 2% which, it says, falls within a variety of sources and proves more challenging to rectify. One of the ways it will cut emissions will be through ending its purchasing and leasing of fossil fuel-based vehicles, with a view to a fully electrified fleet by 2025.

It added that, if offsetting is necessary to reach carbon neutrality, it will ensure that such projects will be “verified, measurable and additional”, thereby ensuring the offsetting is a direct result of Ørsted’s actions rather than an incidental achievement.

“We've come very far in reducing our emissions and Ørsted is more than two decades ahead of what is required by science to limit global warming to 1.5°C,” said Henrik Poulsen, CEO at Ørsted, in the company’s press release.

“We've now decided to take an additional step by making Ørsted a carbon neutral company already by 2025. Halting climate change requires action at all levels of society, and we need that action now. Especially within production and use of energy which account for 73% of all global emissions.”

He added: “Our change from black to green energy has not been easy but it's been necessary. I hope that our transformation inspires countries and businesses to take more radical actions than they might think possible. There really is no time to lose if the world is to halve emissions by 2030 and stay below 1.5°C of warming.”