Sustainable Skies Act focuses on use of SAF 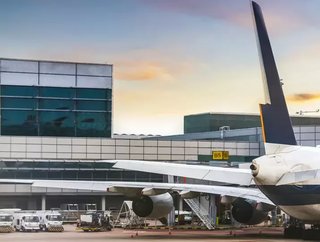 Members of the U.S. House of Representatives announced the introduction of the Sustainable Skies Act on Thursday, which would use targeted tax credits to ramp up production of sustainable aviation fuel (SAF).

The bill was introduced by Congressman Brad Schneider of Illinois, along with Reps. Dan Kildee of Michigan and Julia Brownley of California. It has gathered support from various places including airlines, airline industry unions, environmental groups, and fuel producers.

Under the provisions of the Sustainable Skies Act, energy producers would receive a $1.50-per-gallon tax credit for the supply of SAF that reduces greenhouse emissions by 50% or more. Producers would also receive a credit of 1 cent per gallon for each percentage point the fuel reduces emissions over 50%.

Entering the Covid-19 pandemic, aviation accounted for an estimated 2.5% of the world's greenhouse gas emissions, according to the International Energy Agency. Globally, airlines have committed to reducing emissions by 50% from 2005 levels by 2050. But that standard has largely given way to stronger promises by the carriers themselves. For example, in the US, the members of Airlines for America (A4A) have pledged to reach net-zero emissions by 2050.

"A4A's goal of eliminating net carbon emissions by 2050 builds on the U.S. airline industry's strong record of sustainability. The Sustainable Skies Act would go a long way toward improving the cost-competitiveness of sustainable aviation fuel, which is crucial to rapidly expanding its deployment by U.S. carriers," said Airlines for America President and CEO Nicholas E. Calio. "The U.S. airline industry has set an ambitious mid-term goal of making 2 billion gallons of SAF available for U.S. carriers to use in 2030, and supportive measures like the Sustainable Skies Act will enable us to achieve that goal.

The European Business Aviation SAF Summit was conducted virtually last month, where industry leaders shared their strategic vision to increase the use of SAF across Europe. These goals included encouraging the SAF supply chain to promote steady market growth as well as additional research for further development of SAF technologies and feedstock. Presenters also noted the importance of prioritising SAF and increasing capacity.