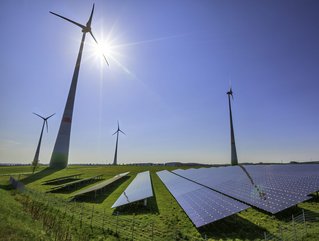 Sysco Corporation, announced today that the global foodservice distribution company’s solar garden sites in the Houston and Dallas areas are fully-constructed and operational.

The three sites, named collectively “Sysco Power Patch” through an employee naming competition, are part of a 25MW, ten-year renewable energy agreement with a subsidiary of NRG Energy, Inc. The project will support the majority of Sysco’s electricity load in Texas, including its Corporate Headquarters.

The “Sysco Power Patch” sites took six months to build and created 190 jobs during the peak of construction in 2018. The project sites are on 224 total acres and feature 201,792 solar panels. The sites will support approximately 10%  of Sysco’s U.S. electricity usage, achieving half of the Company’s 2025 Responsibility Goal of 20 percent renewable energy by 2025.

Mauricio Gutierrez, president and chief executive officer, NRG Energy said: “We are committed to providing our customers with energy solutions that help achieve their goals. It is our honour to support the advancement of Sysco’s corporate responsibility strategy with a customised approach to renewable power.”

Tom Bené, Sysco’s chairman, president and chief executive officer said: “We are extremely proud to have the Sysco Power Patch sites operational and generating renewable energy. These sites will reduce our carbon footprint, in order to protect and preserve the environment for future generations. Further, this project demonstrates Sysco’s commitment to corporate social responsibility and helps as we work to Deliver A Better Tomorrow.”