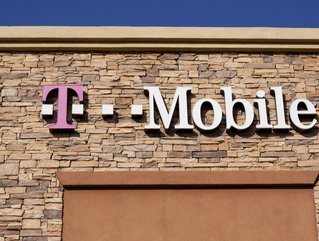 The local supplier’s Green Direct initiative is a renewable energy program specifically designed to meet customer demands – it provides corporations with solutions to meet their carbon reduction goals and allows them to “purchase 100% of their energy from a dedicated, local, renewable energy resource, while providing them with a stable, cost efficient solution”.

The announcement forms another step toward T-Mobile’s commitment to RE100, which will mean it uses 100% green energy in all of its operations by 2021.

CEO John Legere said of the deal: “At T-Mobile, we really mean it when we say we’re going to clean up wireless for good… and in this case that means cleaning up our impact on the planet by making a BIG commitment to renewable energy. We’ve put a stake in the ground to go 100% renewable by 2021 – because it’s the right thing to do and it’s smart business.”

AT&T signs PPA for 300MW of wind power in Texas

The business announced its commitment to RE100 in January this year, saying it hopes its sustainability journey will help it save around $100mn in energy costs. In total, T-Mobile states it uses 2.3MWh to power its stores, cell towers and other facilities.

RE100 is a commitment organised by The Climate Group. It currently includes Ikea, AB InBev, Nike and Pearson among others, and most recent additions include WeWork, RBS, McKinsey and Sony.

The Climate Group recently announced some positive news for companies like T-Mobile, saying that its members tend to perform better financially than their non-RE100 counterparts. A report compiled in conjunction with Capgemini states that, from a sample of 3,500 companies, RE100 members enjoy “above average financial performance”.

Upon joining RE100, Legere said the decision was not only to ‘do right by’ the company’s customers but also made good business sense. “We expect to cut T-Mobile’s energy costs by around $100mn in the next 15 years thanks to the move. Imagine the awesome things we can do for our customers with that!”

You can read more about T-Mobile’s journey in our upcoming Gigabit feature.