At the National Clean Energy Summit in Las Vegas, Nevada was touted as an up-and-coming leader in renewable energy. Several major renewable energy projects were showcased and we count down the top 3.

The company recently won a $105 million loan from the U.S. Department of Energy to build a facility outside of Reno, NV, that will convert waste into jet fuel. The plant is expected to produce 11 million gallons of fuel annually from 147,000 tons of waste. Also notable is the fact that this is first federal loan awarded for a waste-to-jet fuel project. USDA Secretary Tom Vilsack applauded Fulcrum and heralded it as a major step forward for biofuel.

“This represents a huge step forward in the development of clean, renewable, job-creating American fuels,” he said. “The energy age that will make us more energy independent, cut carbon pollution and strengthen our economy, especially in rural communities where clean fuels will be produced.”

A rendering of what the factory will look like.

Located about 40 miles south of Las Vegas, Primm, NV, is situated right on the state line between California and Nevada. Known for its several casinos, one might be surprised to hear it’s the spot of one of the biggest solar installations in the country. 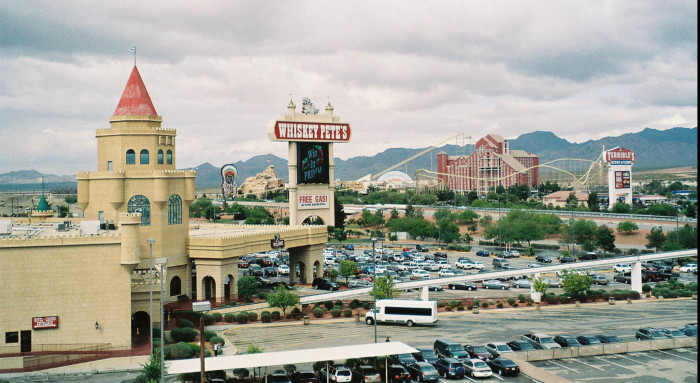 The Silver State South Solar Project is a $1 billion venture between FirstSolar, NextEra EnergyResources, and Southern California Edison. When completed and operation, it will be tired for the 4th largest PV solar installation in the world.

The project has a lot of support from all parties involved.

“Renewable energy sources such as solar power play an important role in the future energy mix in this country,” Armando Pimentel, president and CEO of NextEra Energy Resources, said. “We look forward to working with First Solar and Southern California Edison to make this project a reality.”

“This project proves again that solar energy is the wave of the future,” he said. “It stimulates economic growth, creates jobs, and replaces fossil-fueled energy with clean solar power.”

The project is expected to be completed around early 2016.

There’s no doubt that this is the biggest renewable energy project in Nevada, as five states were vying for Tesla to bring its gigafactory to them. The $5 billion project is expected to bring jobs and economic growth to the region. It will also share an industrial park space with the previously mentioned biofuel factory.

Speaking at last week’s summit, Senator Reid made it clear that the Nevada put in work to get the factory.

“This is great news for Nevada, but it did not happen by accident,” Senator Reid said. “This is a perfect example of the partnerships between private industry and government forged here at the clean energy summit.”

It’s also worth noting that while the cost of the project is great, the size of the facility may be greater. A Redditor and Tesla investor created a size comparison of the factory to other large-scale buildings. The factory is one of the biggest in the world, let alone Nevada. Check out the infographics below and we’ll be sure to bring you more coverage of the factory as construction gets underway. 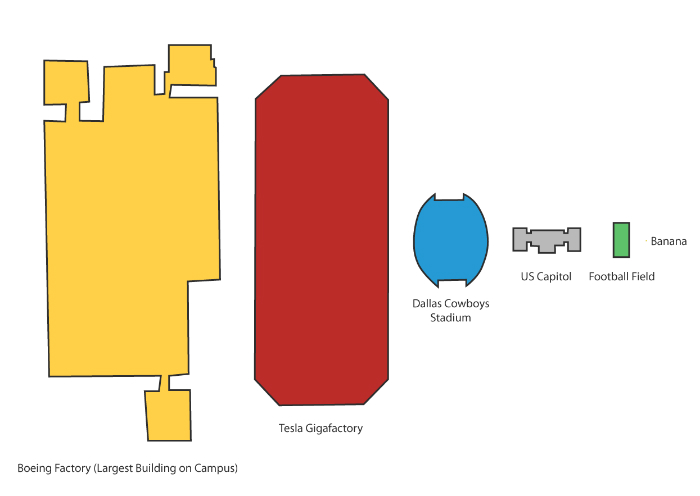