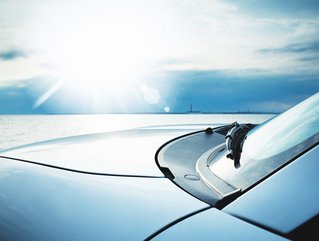 A new LED headlamp has been developed that combines high-level luminance with low energy use and could be a game-changer for electric and oth...

A new LED headlamp has been developed that combines high-level luminance with low energy use and could be a game-changer for electric and other next-generation vehicles.

The issue of energy consumption in electric vehicles, combined with limited availability of charging stations, has long been an issue for next-generation cars.

However, Toyoda Gosei has created an LED lamp that could help solve at least part of this problem and it is expected to come into widespread use in the future.

Using the blue LED crystal growth technology developed by the manufacturer over many years, Toyoda Gosei has improved the structure of gallium nitride crystals in the light source with flip-chip technology for good heat dissipation.

In future, these new LED lamps, which, according to tests, can generate a high luminance of 2,300lm could be used in next-generation vehicles, which reports suggest could become a drain on power as they grow in popularity.

According to the National Grid’s Future Energy Scenarios report, the number of plug-in cars and vans in the UK, for example, could reach nine million by 2030, an increase on the current figure of 90,000.

With growing demand for environmentally friendly cars expected to rise worldwide, the knock-on effect on electricity consumption is clear.

Toyoda Gosei’s new LED headlamp is the sort of innovation that will be essential for energy provision to keep up with the rise in demand for electric vehicles.