UBA: renewable energy in Germany up 10% 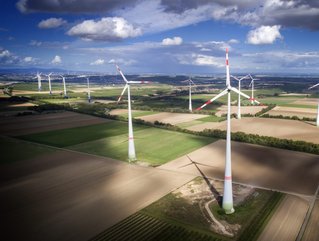 According to a recent report by UBA (Umweltbundesamt, the country’s federal environment agency), renewable energy output in Germa...

According to a recent report by UBA (Umweltbundesamt, the country’s federal environment agency), renewable energy output in Germany has risen by 10% in the past year.

Renewable energy installations, such as solar, wind and biomass facilities, contributed 117bn KWh to Germany’s national grid in the first half of 2018.

UBA reported that wind energy was a key driver of growth, with wind installations contributing to about 50% of overall production, totalling 57bn KWh.

Meanwhile, photovoltaics contributed toward 24bn KWh with the rest being made up of biomass and biogenous waste, as well as hydropower.

The figures also outlined that during H1 2018, 1633MW of onshore wind turbines were installed in the country, as well as 1359MW of PV installations.

The agency stated: “In total, all forms of renewable generation exceeded their previous year’s values.”