Uber to have full electric fleet by 2030 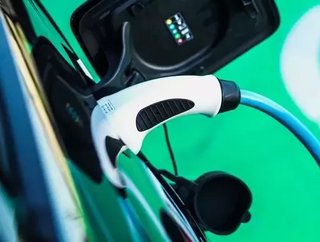 The ride-hailing giant has announced that it pledges to make its fleet 100% electric by 2030 in Canada, the US and Europe...

Uber is making major strides in the sustainability-focused areas of its operations. Currently, the company’s fleet consists of a mixture of petrol, diesel, hybrid and electric vehicles around the globe.

The firm is committed to tackle climate change, whilst improving the reliability and general experience of its service. Uber is set to invest $800mn into its electric-vehicle drive which will enable its drivers to easily transition to battery-powered vehicles, as opposed to unsustainable internal combustion engine vehicles which continue to fall in popularity.

The company aims to expand its Uber Green programme, which allows its customers to hail a greener vehicle from the hybrid or electric variety for an extra dollar. At present, this option is only available in 15 cities across the United States and Canada, but Uber aims to expand to a further 50-plus.

In addition to this, Uber aims to partner with popular car manufacturers across the globe in an effort to get discounts for its drivers when purchasing electric vehicles for ride-hailing use.

Uber’s Chief Executive Officer, Dara Khosrowshahi, commented on the effect COVID-19 has had on cities’ future infrastructure plans and directions, saying: "The pandemic has caused many cities to rethink their infrastructure, transforming parking into parks and creating more space for walkers and cyclists”.

Khosrowshahi then went on to say: "We've had a glimpse of what life could be like with less traffic and cleaner air - in cities built for people, not for cars. Instead of going back to business as usual, Uber is taking this moment as an opportunity to reduce our environmental impact.”

“It's our responsibility as the largest mobility platform in the world to more aggressively tackle the challenge of climate change. We want to do our part to build back better and drive a green recovery in our cities."

Before this announcement, Uber already made plans to make its entire London-based fleet electric within the next five years.

Lyft, well-regarded as Uber’s closest competitor, also plans to match the firm’s pledge by shifting to a fully electric fleet by June 2030. Despite this, no detailed plans have been revealed by the company to support this goal.

The news was well received by Uber’s commitment to tackling climate change and the environment. Head of Politics at Greenpeace, Rebecca Newsom, said: "As Uber adds its name to the growing number of companies that are committed to going fully electric by 2030, the case for banning new petrol, diesel and hybrid cars and vans by the same date mounts”.

Greenpeace also called it a "major move from a major player".