UK Budget: retail investors to be targeted with green bonds 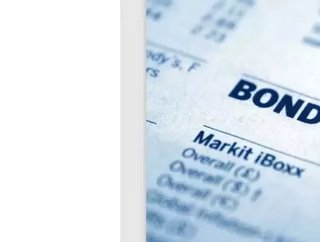 Chancellor Rishi Sunak confirms £15 billion scheme in the UK Budget which will help finance transition to net zero by 2050...

UK Chancellor Rishi Sunak has confirmed in today's Budget that retail investors will be able to buy into a £15 billion green bonds scheme which will help finance the country's transition to net zero by 2050.

NS&I will handle the scheme and a statement on its website reads: "We’re working with government to give UK savers ... the opportunity to contribute towards projects that will accelerate the transition to a low carbon economy, create green jobs, and support the collective effort to tackle climate change. More details will be coming soon, including information about the savings account and how you’ll be able to invest." The green bonds are due to launch later this year.

Italy’s first foray into the sustainable debt market looks set to pull in the biggest orderbook for a sale of green bonds, according to Bloomberg. It also reports E.ON SE will strive to cover more than half of its annual financing requirements with green bonds as it taps "booming demand from investors for forms of debt that can help protect the environment" (click here).

Green bonds are an increasingly attractive mechanism for both private and public sector organizations to raise capital for projects, assets or other activities that benefit the economy, environment and society, according to KPMG, although it warns the sector faces risks and challenges.

"The lack of clear definitions of what is considered ‘green’, requirements on how proceeds should be tracked, managed and reported on, and the lack of assurance requirements over information reported, all need to be addressed if the market is to build credibility and continue its rapid growth," it states.

James Allen, Chief Operations Director at Airswift, welcomed the Government’s commitment to green growth in today’s Budget and said the £27 million funding for the Aberdeen Energy Transition Zone and £5 million for the Global Underwater Hub in Scotland are vital steps in delivering the first stage of the North Sea Transition Deal.

"Now is the time for energy businesses to adjust their outlook when finding the talent to make these ambitions a reality. We need a skills first, sector second mindset that can harness the expertise of the oil and gas industry's workforce to accelerate a sustainable energy future for the UK," he said.

Chris Jackson, CEO of Protium, the green hydrogen energy services provider, said it was disappointed to see that the Government has not reflected on the advice from industry, including groups like the UK Hydrogen & Fuel Cell Association, to use this year’s Budget to put the UK green hydrogen economy on a solid foundation for growth. Protium has worked hard to support organisations that are committed to net zero and catalysing private investment.

"Whilst we welcome the foundation of the UK Infrastructure bank in Leeds, this will not provide the scale of investment the UK needs to capitalise on the hydrogen opportunity. Despite industry efforts, the Government has chosen not to support industry as partners in delivering a Budget that can catalyse further investment and support for the green hydrogen sector," he said.

"We have voiced concerns before around a lack of government ambition and what that would mean in respect of lost momentum, jobs and investment in the UK as other international markets present more engaging pathways for companies in the green hydrogen sector. We hope that the Treasury will review their decision and engage with industry so that further opportunities to avoid the UK being left behind can be identified and delivered."

"Ensuring a balanced portfolio of green energy and infrastructure projects will be essential and we hope that nascent green technologies such as tidal and hydrogen are supported as well as seeing further development of on-shore wind and solar PV. This is further great news for sponsors, developers and investors and the entire low carbon supply chain."

Dave Watson, CEO and founder of EV smart charging company Ohme, said while investment in renewable energy storage prototypes is a step in the right direction, capacity upgrades like these will take time and money to get right.

“In fact, there is another​, simpler way to store more renewable energy on the grid, which doesn't require costly energy infrastructure projects - the answer lies in tapping into the growing number of EVs on Britain’s roads. These vehicles have the potential to act as a giant, networked battery able to manage large fluctuations in supply and demand, and soak up excess energy from renewables.

“To unlock this opportunity will require the widespread adoption of smart EV charging technology that will intelligently manage energy demand and balance the grid. This means that alongside government investments in renewable energy storage, we need to prioritise innovative technologies like smart charging that will allow us to do more with the infrastructure we already have, and accelerate the transition to clean energy.”

"So much lip service is paid to ‘going green’ and ‘eco-friendly business’, yet little is to be seen on or to-be-added-to the statute books. This needs to change, and soon, as the climate emergency is something we cannot afford to ignore.

“I’ve long said a commitment to sustainable big infrastructure should be a core focus. There has been plenty of talk about creating a ‘Sustainable Britain’ and Net Zero 2050. As the host of COP26, it’s time to turn words into actions, particularly around renewables. Investment in building more green power generation systems should be an urgent priority as current capabilities are not enough to meet our growing appetite for electricity."

He was also "hugely disappointed" that the Chancellor placed so much focus on wind power alone, highlighting the "narrow vision" of successive governments when it comes to energy policy. "We need to develop a system which delivers electricity 24/7, not at sporadic points throughout the day. In my opinion, tidal is an untapped resource. If this government was truly visionary and serious about this policy, they would look to harness the power of the oceans and the seas."