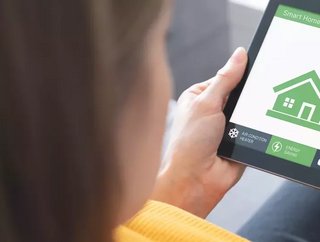 How energy retailers market green electricity tariffs to consumers will be reviewed by UK government, amid greenwashing claims

How energy retailers market ‘green’ electricity tariffs to consumers will be reviewed by the UK government, amid concerns that some are overstating how environmentally friendly their products are, Energy Minister Anne-Marie Trevelyan announced today.

Nine million British households are now on green tariffs, with over half of all new electricity tariffs launched now badged as ‘100% renewable’ or ‘green’.

The review launched today will explore the extent of ‘greenwashing’ in the retail energy sector, whether the current system is suitably transparent and whether the rules around what can be called a ‘green’ tariff remain fit for purpose.

Energy companies are currently able to market tariffs as ‘green’ even if some of the energy they supply to customers comes from fossil fuels, as long as this is offset by purchasing enough certificates called Renewable Energy Guarantees of Origin to cover their customer base. These determine the proportion of electricity that they source from renewable electricity generation.

Options being explored include looking at whether the system around these certificates needs to be smarter, as well as whether suppliers need to provide clearer information to households about their green tariffs, including type of renewable energy used (such as wind or solar), where the renewable power was generated and when.

The government is also publishing a separate call for evidence on third-party intermediaries in the retail energy market, such as price comparison sites, auto-switching services, and non-domestic brokers, with around half of households using them when engaging with the energy market. They currently operate outside of the retail market rules, and ministers will seek views on whether a general regulatory framework is needed.

Trevelyan said millions of UK households are choosing to make the green switch and more and more of our energy comes from renewables.

"But I want people to know that when they sign up to a green tariff, they are investing in companies that make a conscious choice to invest in renewable energy," she said. "Part of that is ensuring companies are being as transparent as possible on where their power comes from."

Nearly two-thirds (62%) of UK energy consumers say their purchasing decisions are influenced by how eco-friendly an energy tariff is. However, 75% believe suppliers should be open and transparent about their tariffs, including how much of their renewable energy they buy from other companies.

Consumer protection advocates and price comparison services have also called for greater transparency around suppliers who market their tariffs as green.

Head of Regulation at Uswitch.com, Richard Neudegg, said: "Transparency is key to bring consumers on the journey to net zero. Households want to do their bit to help the environment, so it’s vital to make it as simple as possible for them to confidently pick the tariffs that actually help to support renewable energy.

"More and more people are purchasing green tariffs but it’s been difficult for bill-payers to know exactly what’s under the hood of these deals. We support any measures that aim to demystify green tariffs for households."

Harrison Brook, Director of Strategic Development, Europe at Innowatts, said energy retailers need to be transparent with their customers when reporting the 'true' carbon intensity of their electricity supply.

"Data is the key to unlocking this challenge, offering a looking glass into the carbon footprint of each and every meter, when analysed in the right way," he said. "Energy suppliers can use this meter-level data to identify homes with behind-the-meter technologies that would otherwise go undetected, accounting for this in their carbon footprint calculations, as well as exploring how to leverage any flexible assets for periods of high carbon intensity."