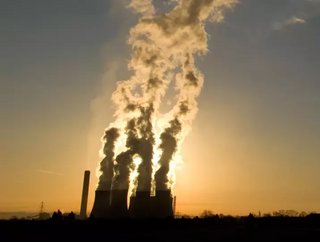 A report from University of Cambridge and University College London (UCL) has found that the UK’s carbon tax, introduced in 2013...

A report from University of Cambridge and University College London (UCL) has found that the UK’s carbon tax, introduced in 2013 and increased in 2015, has led to a staggering 93% cut in the country’s coal-fired electricity generation.

This amounts to a drop from 13.1TWh generated in 2013 to a mere 0.97TWh in 2019, with renewables and gas becoming the preferred options for electricity production.

The report, titled ‘The Value of International Electricity Trading’ found the UK’s ‘Carbon Price Support’ tax’s overwhelming impact to be a motivator for other countries to adopt a similar model.

Professor Michael Grubb, also of the Bartlett Institute for Sustainable Resources, UCL, added: “Great Britain’s electricity transition is a monumental achievement of global interest, and has also demonstrated the power of an effective carbon price in lowering dependence on electricity generated from coal.”

The study was conducted primarily to assess cross-border electricity trading between the UK and its connected EU markets as part of Ofgem’s annual State of the Energy Market Report.

Elucidating the finer points of this motive, UCL’s press release for the report said: “Academics researched how the tax affected electricity flows to connected countries and interconnector (the large cables connecting the countries) revenue between 2015 – when the tax was increased to £18 per tonne of carbon dioxide – and 2018. Following this increase, the share of coal-fired electricity generation fell from 28% in 2015 to 5% in 2018, reaching 3% by September 2019.  Increased electricity imports from the continent reduced the price impact in the UK, and meant that some of the cost was paid through a slight increase in continental electricity prices (mainly in France and the Netherlands).”