[VIDEO] Solar energy to power remote mine in Australia

Australia
Mining Global
6 min
Owned by Rio Tinto, the Weipa bauxite mine is located on the Western Cape York Peninsula in Queensland, Australia. The mine, which officially commenc...

Owned by Rio Tinto, the Weipa bauxite mine is located on the Western Cape York Peninsula in Queensland, Australia. The mine, which officially commenced production in 1969, is operated by Rio Tinto Aluminum (subsidiary) and produces roughly 16.3 million tons of bauxite annually.

In September, Rio Tinto announced the launch of the Weipa Solar Plant -- Australia’s first commercial diesel displacement solar plant – that will generate electricity for the mine, processing facilities and associated township.

Mining activities at Weipa officially began in the late 1950s, following the discovery of the vast bauxite resource by a geologist named Harry Evans in 1955. The town of Weipa was constructed by Rio Tinto Aluminum in the 1960s to house its mining workforce, but today is the regional hub of the Western Cape hosting many businesses and government services.

Operations at Weipa consists of two continuous mining operations at East Weipa and Andoom, two beneficiation plants, 19 kilometers of railway to transport mined bauxite to the port area, two stockpiles and two ship loaders. Some product are shipped to international customers but the majority of Weipa bauxite is supplied to the Queensland Alumina Limited and Rio Tinto Aluminum Yarwun refineries, both located in Gladstone, Queensland. 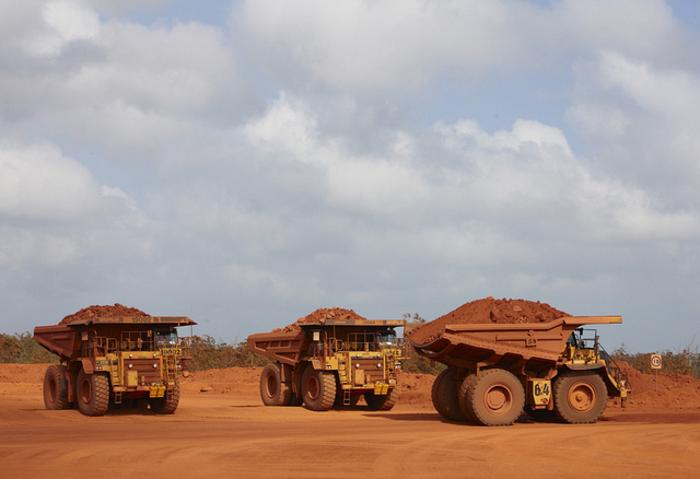 There are 11 Traditional Owner groups represented in the area, and Rio Tinto continues to operate in consultation with the Traditional Owners of the region. The company operates under three Indigenous agreements--the Western Cape Communities Co-existence Agreement (WCCCA), the Ely Bauxite Mining Project Agreement (EBMPA), and the Weipa Township Agreement—to provide economic, education and employment benefits to the community, including cultural heritage support and formal consultation processes with the traditional owners of the land.

At Weipa, indigenous employment is a key focus area for Rio Tinto, with around 22 percent of the workforce representing local Aboriginal and Indigenous Australians. In addition, the company is a major contributor to the regional economy, including significant investment in local infrastructure to support the Weipa township.

The Weipa solar project involves the two stage construction and operation of a 6.7MW solar photovoltaic (PV) solar farm at the bauxite mine, and will see the solar plant generate up to 2,800 megawatts of electricity annually, including supplying 20 percent of the town’s daytime electricity demand.

In the middle of the day, electricity generated by the solar farm offsets up to 20 percent of existing diesel-generated electricity, which is expected to save up to 600,000 liters of diesel each year that would have otherwise been required to fuel Rio Tinto’s 26MW power station. 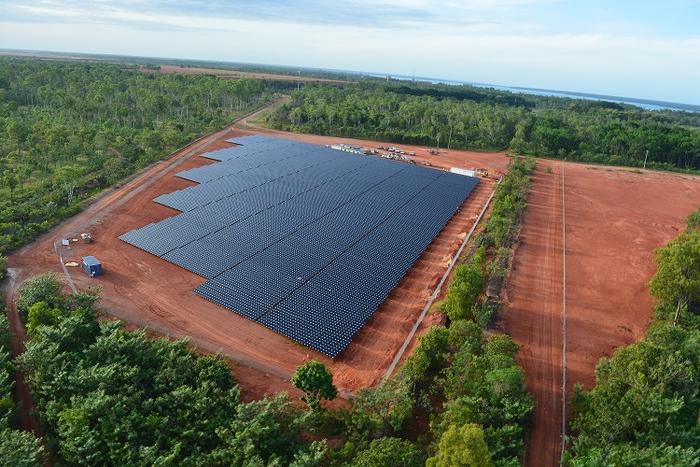 “We expect the energy from the solar plant will help reduce the diesel usage at Weipa’s power stations and save up to 600,000 liters of diesel each year,” said Rio Tinto general manager, Weipa Operations, Gareth Manderson.

“At peak output, the 1.7 megawatt (MW) capacity solar plant has the capacity to generate sufficient electricity to support up to 20 percent of the township’s daytime electricity demand.”

Until now, Rio Tinto’s bauxite mines at Weipa have been powered by two diesel-engine plants, which provide the electricity to the mine, the town of Weipa and the neighboring community of Napranum.

The hybrid system, which was set up by U.S. based PV manufacturer First Solar, will link the electricity generated by the 18,000 advanced photovoltaic or PV modules to Rio Tinto’s existing mini-grid. Integration is through a new control system--FuelSmart solutions--which enables concurrent diesel and PV dispatch.

Believe it or not, this is the first time a commercial diesel displacement PV system has supplied power to a remote Australian mining operation on such a scale.

“It is already widely acknowledged that solar electricity is typically cheaper than diesel-powered electricity, particularly in remote locations. The significance of the Weipa Solar Plant is that it provides the opportunity to demonstrate that PV-diesel hybrid projects can also be as reliable as stand-alone diesel-powered generation,” said Jack Curtis, First Solar’s Regional Manager for Asia Pacific.

“This is the largest project of its kind almost anywhere in the world for this type of application, which is serving mining load or mining electricity needs with a hybrid solar/diesel system, and certainly the first of its kind as it relates to working with a company of Rio Tinto's size,” Curtis added.

Under a power purchase agreement, Rio Tinto will buy back the power for a period of 15-years. “This power purchase arrangement is an opportunity to trial the introduction of an alternative power source such as a solar plant into a remote electrical network like the one here in Weipa,” said Manderson.

The second stage of the project would add an additional 5 MW of solar PV and take total renewable capacity to 6.7 MW, and would have the potential to save approximately 2,300,000 liters of diesel on average each year, reducing Weipa’s greenhouse gas emissions by around 6,100 tons per year.

The inclusion of 4 MWh of battery storage will increase the overall supply of renewable energy, particularly during evening periods.

Established by the Australian Government, the Australian Renewable Energy Agency (ARENA) has made a concerted effort to encourage investment in mining renewables projects in Australia and bolster mining industry confidence in renewables.

In partnership with Rio Tinto, ARENA has provided $3.5 million to support the first stage of the solar project and has committed up to $7.8 million towards the potential second stage, following the completion and sustained operation.

“The success of phase one is set to create a precedent for industry by demonstrating that solar PV is a viable option for powering off-grid locations, like mine sites, in Australia,” said ARENA CEO Ivor Frischknecht.

• Related content: The importance of solar and wind energy in Mining

“Similar ARENA-supported projects now underway, or in the pipeline, will build on the landmark project at Weipa and further prove the reliability of integrating renewable energy solutions in off-grid locations while helping to drive down costs and the need for subsidy.”

ARENA is also working with Rio Tinto and First Solar to collect lessons, information and data learned throughout the development and construction of the project. According to ARENA, the knowledge will be shared with the renewable energy industry to help reduce costs of future projects, as well as increase confidence of renewables in the mining industry and encourage further investment.

Reducing project power costs remains one of the biggest challenges for miners going forward. Volatile commodity prices have put immense pressure on companies to reduce risk and costs in order to remain competitive, but renewable energy solutions have the potential to change that.

In the tried-and-trued fashion of the mining industry, radical ideas and strategies rarely come to fruition. This one, however, has the makings to revolutionize the industry.