The vital role nuclear will play in achieving net-zero 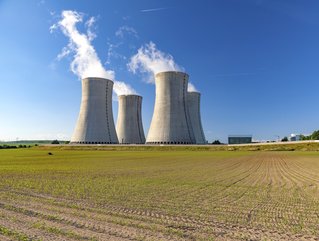 In committing to achieve Net Zero carbon emissions by 2050, the UK has laid down an ambitious target.

In committing to achieve Net Zero carbon emissions by 2050, the UK has laid down an ambitious target.

Especially when you consider that the Committee for Climate Change estimates that demand for electricity is likely to double by this date.

There’s little doubt that, in order to reach this goal, all aspects of our lives will be affected. It will impact the way we travel, how we heat our homes, where we go on holiday, even the food we put on our plates.

This has also led the government to review how we are going to meet the increase in electricity usage. As things stand, this will be through three main energy sources: renewables, natural gas (with the help of carbon capture and storage) and nuclear.

Currently, the nuclear sector contributes just under half of the UK’s clean energy mix, but the sector needs investment – with 14 of the UK’s fleet of 15 reactors scheduled to go offline by 2030. Currently, we have just three more power plants scheduled to come online, Hinkley Point C, Sizewell C and Bradwell B.

In recognition of the prominent role nuclear will need to play, the government has initiated the largest investment in nuclear R&D for a generation. The Nuclear Innovation Programme (currently in its first phase of major investment) is helping to explore the development of leading-edge manufacturing technologies, advanced modular reactors and advanced fuels. And that investment is already delivering results.

Earlier this year the UK-SMR consortium (of which NNL is a member) announced plans to bring the first small modular reactor (SMR) online by 2029. This second stream of new nuclear build, in addition to large build projects, is welcome news as it promises to reduce the overall cost of achieving Net-Zero.

The modular nature of SMRs means that much of the build process will be carried out in factories – with “nth-of-a-kind” learning helping to deliver economies of scale. The ability to decrease the amount of civil engineering involved, and reduce the associated uncertainties, should also dramatically reduce costs. This will potentially make future nuclear electricity prices competitive with alternatives such as renewables.

These SMRs could also act as a clean energy catalyst for the UK. Based on analysis of data sourced from the OECD, the UK’s National Grid and the International Energy Agency, the potential international market value for this advanced nuclear technology is estimated to be worth £3 trillion.

The research being carried out into advanced nuclear technologies and advanced fuels, such as high-temperature gas-cooled reactors which use TRISO fuel, could also lead to the nuclear sector generating heat and/or hydrogen, in addition to electricity – through a third stream of next-generation reactors.

These ‘Gen IV’ reactors would make the best use of the UK’s design, operational and regulatory knowledge and expertise. They would see us become more self-reliant for low carbon electricity and deliver the step change we are looking for as we move towards a Net Zero economy.