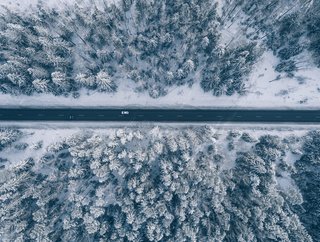 Swedish auto manufacturer Volvo has unveiled its new climate plan, pledging to cut its carbon emissions by 40% per vehicle produced by 2025...

Swedish auto manufacturer Volvo has unveiled its new climate plan, pledging to cut its carbon emissions by 40% per vehicle produced by 2025.

The move, Volvo said in its press release, is the first in its road to climate neutrality in 2040 and is in line with the Paris Climate Agreement’s framework.

“We are transforming our company through concrete actions, not symbolic pledges,” said Håkan Samuelsson, CEO at Volvo, in the firm’s press release. “So at Volvo Cars we will address what we control, which is both our operations and the tailpipe emissions of our cars. And we will address what we can influence, by calling on our suppliers and the energy sector to join us in aiming for a climate neutral future.”

Tying into its plans are a number of strategic initiatives to be realised by 2025, which include, but are not limited to: generating 50% of its revenues from electric vehicles (EVs); to use at least 25% recycled plastics in its new vehicles; and a commitment to cutting emissions by 2025 across its global supply chain.

While the company did not disclose the measures it will implement to bring emissions down across its supply chain, it noted that the realisation of its internal emission-mitigating plans will be largely accomplished through electrification and the phase-out of internal combustion engines.

The company said that, from this year onwards, it will make information on its vehicles’ carbon lifecycles available to the public, beginning with XC40 Recharge. The Recharge name, it added, will be the umbrella term for its upcoming range of EVs and plug-in hybrids.