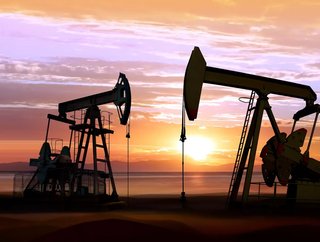 Paul Ebert, Global Technology Director, New Energy at WorleyParsons, spoke to us for this month's issue of Energy Digital new energy, renewables and growth across Africa.

Tell us a bit about your current role at WorleyParsons. In particular, you spent time working for WorleyParsons’ business Advisian dealing with “new energy” and changes in the sector?

I work very closely with WorleyParsons’ advisory and specialist consulting subsidiary Advisian, as a specialist advisor in the area of New Energy. I very much enjoy this role, as in the last two years there has been an immense change going on in energy markets around the world, and as an advisor to my own clients I feel I can add real value in charting this.

Prior to this, I helped build our renewable energy capability globally, but it was obvious that the change going on was much bigger than just clean electricity generation – the rise of new options such as battery energy storage, electric vehicles, hydrocarbon replacement fuels, new retail models such as peer-to-peer trading and the internet of things – all pointed to a broader shift.

So, I helped the business articulate what new energy is as a concept, just how this could impact our customers and what our role could be. There is an energy transition underway and it will have fundamental impacts on many businesses and communities. WorleyParsons is traditionally a hydrocarbon-based business, a sector which remains pivotal in meeting our energy needs, but which will itself in time transition.

What fascinates you about the new energy sector?

I was initially attracted to the area of energy as I realised at a relatively young age how dependent we are on energy resources. There is immense benefit from those resources, on economies and the lives of billions of people – but there is also a cost, both socially through inequality of access, something many Africans are familiar with, and environmentally which has many aspects but the headline concern is emissions.

The question becomes how do we continue to meet our global energy demands, pull everyone out of energy poverty, and do so in way that is both commercially and environmentally sustainable?  This is hard, as our energy sectors are large, energy issues cross borders and involve issues of geopolitics, security and economic impact, and for some there is a lot to lose.

The new energy sector promises a solution to this and will ultimately sweep through our energy systems in what will be the third great energy transition the global community has seen; the first was coal and the industrial revolution, the second was oil and its role in transport, the third will be the decarbonisation of our energy systems.

Africa's first waste-to-energy plant has been built in Ethiopia

How has WorleyParsons expanded into Africa?

WorleyParsons has had a long association with Africa, originally through roles and project offices associated with a number of hydrocarbon related projects, and company offices in Egypt and Libya. The company has expanded on both the back of specific projects, but also through acquisition.

WorleyParsons physically entered the South African market in 2008 with a 50% acquisition of Pangaea, forming PangaeaWorleyParsons. Its presence grew through acquisitions including Kwezi V3 Engineers in 2013 and TWP Holdings in 2013, which particularly strengthened the company’s mining related expertise.

WorleyParsons has worked in renewable energy across a number of other countries in Africa, including wind farm feasibility studies in Mozambique, hydroelectric work in a wide range of countries, and the design of solar-thermal concepts at very large scale in countries like Morocco. Recently, WorleyParsons completed the project management and owner’s engineer role for the 310MW Lake Turkana wind farm in Kenya (for all assets other than the transmission line) – this saw the construction of the largest wind farm in Africa to date with 365 turbines.

Why is the African region (in particular South Africa) so important to WorleyParsons?

Africa is complex. It has diverse cultures, difficult logistics, extreme environments, and in places, both uncertain business practices and security, which all make for more complex projects and increased risk.

Africa is also a continent blessed with natural resources. Oil and gas, gold, copper, coal, diamonds, cobalt, platinum, some of which are the top resource quantities in the world. Africa has enormous resource wealth, and WorleyParsons has the expertise to develop and extract such, doing so in a manner which protects not only the interests of the investors, but the communities and societies in which the resource exists.

From a new energy resource perspective, Africa has both everything and not much at all. I can remember flying from Johannesburg to Addis Ababa in Ethiopia for the first time in 2012 and watching with the eye of a renewable energy engineer the obviously huge hydro and solar energy potential of that portion of the continent – only to arrive in a country desperate for electricity. The opportunity to develop enormous quantities of clean energy is palpable in Africa but dealing with energy poverty must be an overriding objective regardless of what energy source is used.

In terms of clean energy, how is this taking off in the African region compared to the rest of the world?

In certain parts of Africa, the clean energy sector is growing – in others it is not, despite abundant clean energy resources. Most countries in Africa simply need energy, particularly electricity, and this makes the issue different to say Europe where universal access to electricity exists. In Europe, the debate is more around how to decarbonise electricity and the business implications around this – while in Africa it is more on how to get it cheaply, how to overcome project risk, and how to finance the capital required.

So, it is not that sensible to compare and the reality is that Africa will grow with a portfolio of energy options – coal and gas will likely be substantial contributors well into the future, and even nuclear may have an entry point. But, there are moves to drive clean options as a priority with the UN Sustainable Development Goal 7 for access to affordable, reliable, sustainable and modern energy for all, clearly seeking such.

Certain countries have and are seeing significant clean energy investments, including recently South Africa, Kenya and Morocco with some inspiring projects – there are others, and it is becoming impossible to keep track of them all. Virtually all of these are driven by policy, some by design world leading, and are important steps for broader Africa which builds confidence in the investment community, provides experience with in-country delivery and operations, and begins to satisfy the risk appetite of broader investors, lowering the cost of and attracting finance.

This will also begin to decouple investments from multi and unilateral aid, which has been a significant contributor to energy related investments throughout Africa. Overcoming investment hurdles is a recurring theme, and several clean energy investment facilities are targeting aspects of this – with that announced by the European Investment Bank and the African Trade Insurance for sub-Saharan Africa in March 2018 an example.

Despite the hurdles, I see great opportunities in Africa for clean energy, particularly as the energy transition moves and cleaner options become the clear choice, essentially “leapfrogging” more traditional centralised fossil options. Small low risk renewable based micro-grid systems, which are being installed in some parts of Africa, will be important steps here which could eventually be connected as a decentralised, renewable based eco-system, while minimising cost and risk – predominantly all from a local indigenous energy source.

Renewable energy is one sector experiencing huge growth in South Africa and the wider region – what are the reasons behind this?

Growth in renewable energy in South Africa is mostly driven by the Renewable Energy Independent Power Producer Procurement Programme (REIPPPP), which provides a competitive process and a clear price for the energy contracted, which helps remove the investment risk. While some criticise this programme, in comparison to other policy in other countries it appears to be very well designed, an opinion I have heard from a number of sources I respect.

Many simply see the REIPPPP as a subsidy, but in any market there are cross-subsidies everywhere. So, the core benefit of such policy is to get the renewable energy industry established and the supply channels in place. Ultimately subsidies need to be removed and renewable energy needs to compete on its own merits.

The most likely first mover in South Africa sans subsidy is probably self-generation behind the meter, which with batteries would give a very secure electricity supply. WorleyParsons has assisted a number of commercial enterprises to analyse such systems, and in some parts of the world these can be very large, sometimes exceeding 100MW and designed as an integrated micro-grid.

When the price and reliability point of renewable energy meets a threshold, it will be unstoppable.

How will the clean energy transition impact both businesses and consumers over the next 5-10 years?

It will be different depending on where you are in the world, but there will be impacts. In some markets we are going to see increasing changes to “traditional” electricity systems, as they start to transition from a centralised to a decentralised based generation portfolio. There will be regulation and business model changes, and as the internet of things begins to provide actual customer value connectivity will increase. This will transform our electricity grids into two-way conduits, more like the internet than traditional one-way systems. This will likely cause a degree of chaos.

For business it means a more complex interaction on energy, and likely a lot of uncertainty as the transition bites and energy markets react. For consumers a new world of energy related products will emerge, some confusing, but in theory there should be better alignment with energy needs and more choice.