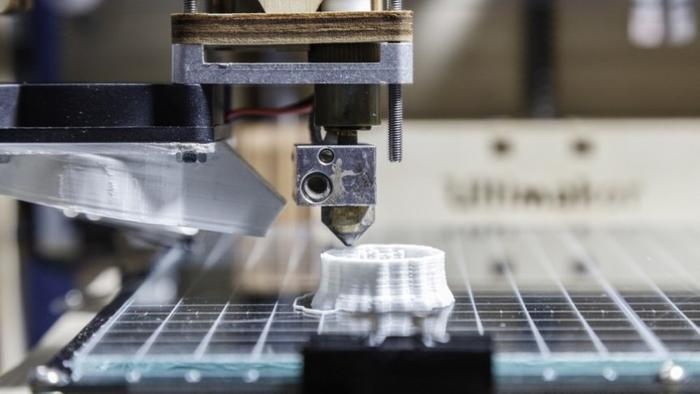 The sun is a gargantuan, constant, free source of clean energy and in the era of climate disruption caused by greenhouse gas emissions, the sun’s energy promise is glowingly exciting. The sheer amount of energy available from the sun presents the unique challenge of how and where to store it all. Current solar panel technology has serious shortcomings, which has had a “chilling effect” on the industry; something we can’t afford. According to The Guardian, John J. Licata, chief energy strategist at Blue Phoenix, the developing technology of 3D printing may change this.

3D printing, sometimes known as additive manufacturing (AM) is the process by which an automated printer follows a digital design to create a tangible, three-dimensional (3D) object by repeatedly laying deposits of materials like glass, silicon, plastic, resin or ceramic on top of each other until completion. The fact that AM works off of a digital design instead of an assembly line—like traditional manufacturing—represents tremendous savings in shipping because the product, in this case 3D solar panels, can be created anywhere there is a 3D printer. Read more 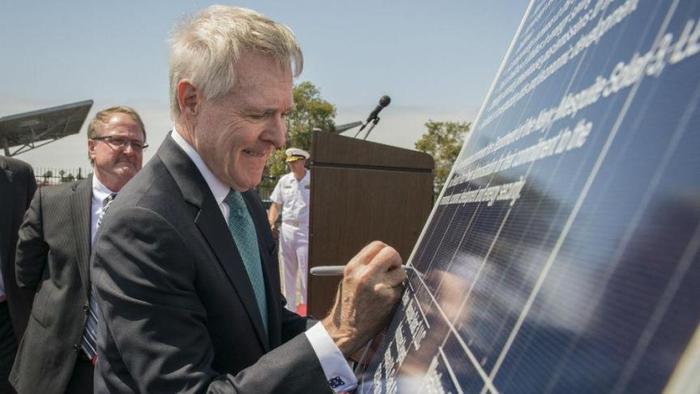 If there was ever any question that the United States is seriously ramping up its interests in the renewable energy market, that questioning can be put to rest. This week the U.S. Department of the Navy forged a partnership with Western Area Power Administration and Sempra U.S. Gas & Power to start work on a new expansion to Sempra’s Mesquite solar farm. While the amount invested in the project has not been disclosed, it has been confirmed as the largest purchase of renewable energy ever made by a U.S. federal entity to date.

Established with its first build-out in 2012, Sempra’s Mesquite solar farm lies roughly 60 miles west of Phoenix, Arizona. Huffington Post reports that the facility, which “requires no water to operate and reduces greenhouse gas emissions,” has the capacity to generate as much as 700 megawatts—enough energy to power up to 260,000 homes. Read more 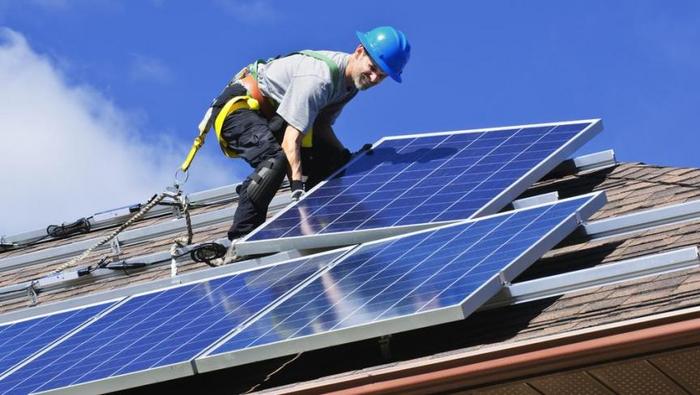 Clean energy company SunEdison Inc. is stirring the solar industry with its recent purchase of Vivint Solar Inc. for US$2.2 billion.

As reported by our sister publication Business Review USA, the deal is the latest move by SunEdison to aggressively expand across the clean energy industry. Vivint Solar is one of the largest U.S. companies that installs solar panels on household rooftops, and news of the deal sent Vivint Solar’s stock up over 40 percent on Monday, July 20, according to Fortune. SunEdison shares were up 2.9 percent at US$32.48, after touching a near-seven-year high of US$33.44, on the New York Stock Exchange, according to Reuters. Read more 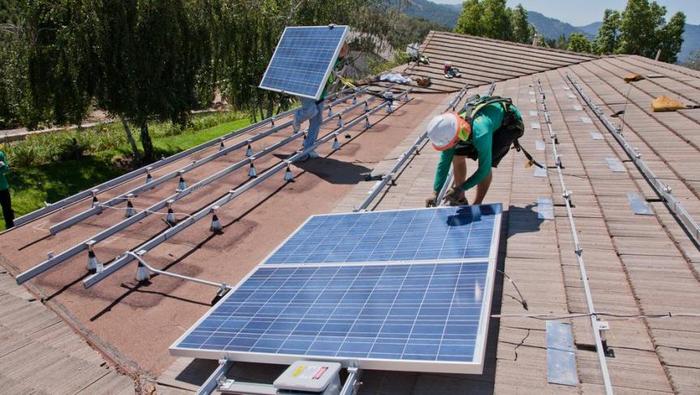 Australia’s largest single rooftop solar system has just been installed on the shopping-centre Stockland Shellharbour, which has already generated over 400,000 kilowatt hours (kWh) of energy and is on pace to hit its annual target of 1.74 kWh.

As our sister site Business Review Australia reported, Stockland Shellharbour in New South Wales is made up of 3,991 Photo-Voltaic (PV) panels across a rooftop that’s 7,658 square metres — nearly the same size of a football field. The system generates 4,789 kWh on average daily, which is enough to power 280 homes and provide 28 per cent of the centre’s daily base building requirements. Read more 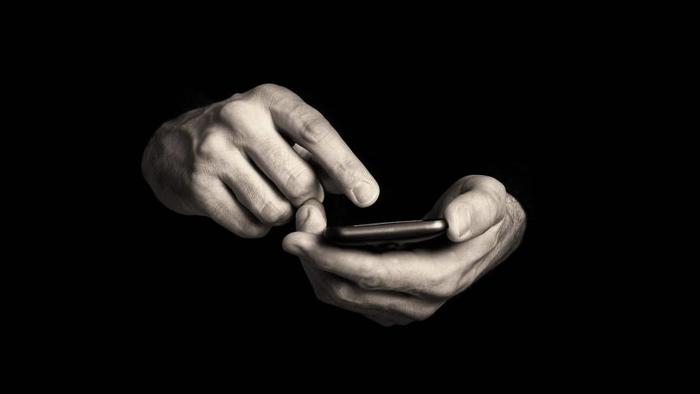 In today’s age of smartphones and tablets, monitoring your energy usage and carbon footprint is easier than ever. From tracking energy consumption and efficiency to discovering new ways of saving on your electricity bill, new apps aimed at energy efficiency continue to make living a greener lifestyle easier.

We examine six innovative apps that have the power to help you stop wasting energy and start tracking your personal impact on the environment, including possibly making some money in the process. Read more 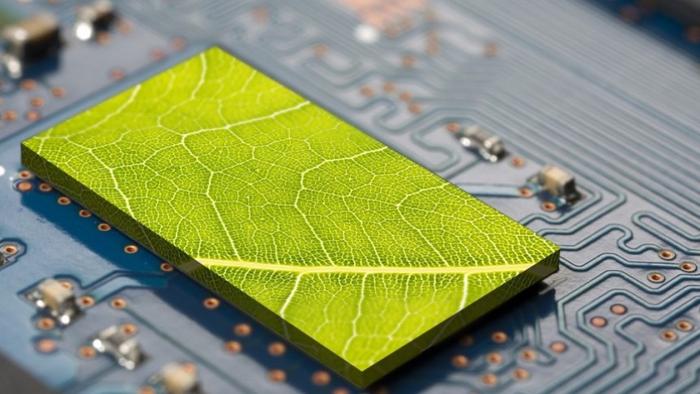 Five Tips for Greener Computing in the Push for Sustainability

When thinking of ways to improve efficiency and the environmental footprint of your business, chances are that the first topics to spring to mind involve divisions like production or distribution. But energy consumption is a comprehensive concern and there is room for improvement in every division.

Green Computing is the idea that a company’s IT department can be just as efficient, sustainable and environmentally conscious as any other part of operations. It’s an idea that can save your business money and improve its standing with the community. Building a truly green business takes time, but no matter what industry you’re in and where you’re starting out, all it takes is a little planning and strategy to get the ball rolling today. Read more 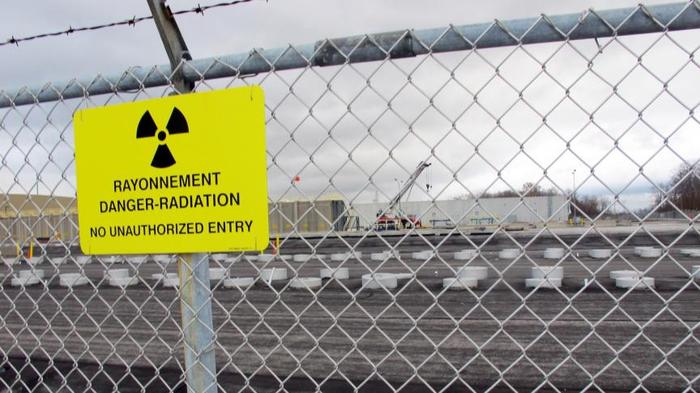 The benefits and risks of nuclear power generation and usage are an ongoing topic of discussion – and often disagreement – with radioactive waste continuing to occupy one of the top spots on the “risk” list.

• Related: Everything you need to know about the nuclear debate

And while it goes without saying that this form of power has always brought with it a certain amount of concern – previous power plant accidents and the threat of nuclear war are enough to scare any human being – the issue of radioactive waste may stand-out even more to industry leaders than the memory of Hiroshima. So just how risky is this top-of-mind risk? Read more