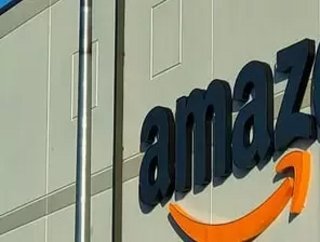 Over the past four years, ‘etailer’ giant Amazon has pursued a series of acquisitions aimed at rounding out and improving the company’s...

Over the past four years, ‘etailer’ giant Amazon has pursued a series of acquisitions aimed at rounding out and improving the company’s smart home hardware offerings. According to a report by Nielsen, approximately 25% of American households own a smart speaker, with 40% owning multiple devices.

Amazon has been preparing for (and bringing about) this market evolution for some time. In 2015, a year after the release of Amazon Echo, the company bought chip manufacturer Annapurna Labs, following up the purchase by acquiring Blink (an IoT company specializing in smart doorbells) in 2017, and spending $1.1bn on Ring (a smart home startup) in 2018, according to a report by Wired.

Continuing its string of smart home company acquisitions, Amazon announced this week it had entered into an agreement to buy Eero. The San Francisco-based startup specializes in using proprietary Home Mesh wifi system to create complete, high-speed wifi networks throughout a household.

“We are incredibly impressed with the eero team and how quickly they invented a WiFi solution that makes connected devices just work,” said Dave Limp, SVP of Amazon Devices and Services. “We have a shared vision that the smart home experience can get even easier, and we’re committed to continue innovating on behalf of customers.”

Eero’s devices’ ability to ensure connectivity throughout the home will go a long way towards rounding out Amazon’s smart home strategy. “Eero is definitely a part of the overall portfolio play that Amazon is making with the smart home,” Mark Hung, a vice president at research firm Gartner told Wired. “It started out with Echo speaker, and then they bought Ring. Eero serves as the networking backbone.”

“From the beginning, eero’s mission has been to make the technology in homes just work,” said Nick Weaver, Co-Founder and CEO of eero. “We started with WiFi because it’s the foundation of the modern home. Every customer deserves reliable and secure WiFi in every room. By joining the Amazon family, we’re excited to learn from and work closely with a team that is defining the future of the home, accelerate our mission, and bring eero systems to more customers around the globe.”