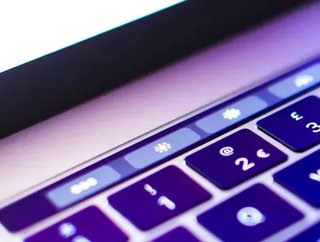 The Cupertino-based tech giant has revised its 16-inch Macbook Pro laptop with a new smelting process...

The Cupertino-based tech giant has revised its 16-inch MacBook Pro laptop with a new smelting process.

A press release released by Apple, it has been revealed that a new carbon-free aluminum smelting process will be used during the manufacturing stage of the company’s 16-inch MacBook Pro range in an effort to tackle emissions.

The move has been revealed as part of the company’s recently announced commitment to become entirely carbon neutral in both its supply chain and entire product range by the start of the next decade.

The press release suggests the change has not yet reached the production line which may mean the company could be holding off until the annual refresh of the laptops. It has been reported that this could be delayed until 2021 due to mini-LED production issues.

Apple’s CEO, Tim Cook, commented on the manufacturing change saying: “Businesses have a profound opportunity to help build a more sustainable future, one born of our common concern for the planet we share”.

Cook then went on to say: “The innovations powering our environmental journey are not only good for the planet — they’ve helped us make our products more energy efficient and bring new sources of clean energy online around the world. Climate action can be the foundation for a new era of innovative potential, job creation, and durable economic growth.

“With our commitment to carbon neutrality, we hope to be a ripple in the pond that creates a much larger change.”

Apple is also doing much more to help decarbonise its operations. The press release also reiterated the company’s commitment to innovating and investing in product recycling and making its entire range of products, from mice to Mac’s, as energy efficient as possible.

In 2019, the company’s range of iPhone’s, iPad’s, Mac’s and Apple Watch’s were all made with the use of recycled materials, enabling it to reduce its annual carbon footprint by 4.3 million metric tons.

In addition to all of this, Apple aims to help reduce the world’s large-scale ‘e-waste’ issue by manufacturing better quality cables made of fabric. Despite this, it has also been rumoured that the company could completely eliminate the inclusion of its EarPods headphones and in-box charger for the iPhone 12, which will help cut waste and enables users to reuse old accessories rather than throwing them away.