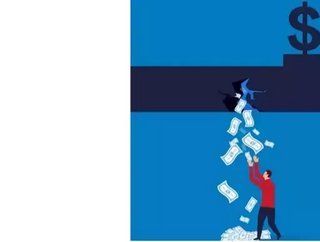 Beyond Limits is to roll out an AI app for detecting leaks in utilities' water distribution networks.

The U.S. Environmental Protection Agency estimated water utilities lost roughly $2.6 billion each year - although that research was in 2016.

Current losses are expected to be even higher due to aging infrastructure, sub-optimal sensor placement and ineffective maintenance, making water loss monitoring, prevention, and remediation among the top financial and operational priorities for utilities providers.

Many global utilities however lack the knowledge and resources to address these challenges.

"The acceleration of digital transformation efforts in the industrial sector has led to an exponential increase in the number of sensors generating massive amounts of data," said AJ Abdallat, CEO of Beyond Limits.

"But this data is difficult to gather, manage, store and analyze. Beyond Limits’ new sensor selection application allows utilities providers to focus on the most valuable feedback data from their network, reducing the cost and complexity of intelligent systems while more effectively identifying which sensors are most valuable and immediately alerting users to anomalies like gas or water leaks or service disruptions."

The technology also offers a range of applications for managing and optimizing utilities operations, from power plants and electrical grids, to refineries and manufacturing sites.

Currently, Beyond Limits’ sensor framework has been licensed to The Carnrite Group for deployment, and will initially be implemented in a multi-million dollar agreement with Xcell Security House and Finance S.A. for the company’s cognitive power plant.

Alan Carnrite, Founder & CEO of The Carnrite Group, said Beyond Limits’ sensor placement technologies will allow companies spanning the utilities, power and energy industries to operate more efficiently, optimally place sensors and more effectively detect leaks. "This is a perfect example of a technology solution that not only makes business sense but helps advance environmental sustainability goals," he said.

It's not just utilities facing challenges. The upstream oil and gas sector is constantly trying to optimise well deployments, especially when data on a region's geological properties is highly uncertain.