Boeing is set to launch a solar autonomous aircraft 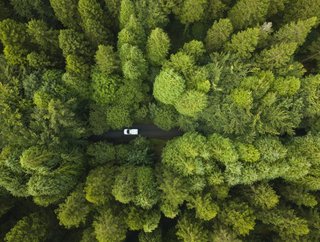 Amassing more than 10 research and development centres worldwide, the largest aerospace company in the world, Boeing, has been named the top global innovator amongst aerospace and defence companies worldwide.

Following on from this, the company has recently been revealed to be launching a solar autonomous aircraft, which will be developed to fly at high-altitude, and will be an essential tool for weather researchers, where it will gather data surrounding climate change on a continual basis over a significant geographical area.

Boeing’s global reach includes customers in approximately 150 countries and employees and operations in more than 65 countries. The company has manufacturing, service and technology partnerships with companies and governments worldwide and contracts with more than 20,000 diverse suppliers and partners.

Named Odysseus, the technology, a cross between a drone and satellite, will be built with lightweight material, and will be powered through sophisticated solar cells. Powered solely via clean energy, it will also hold the largest payload capacity in all tools within solar aviation to date.

Odysseus will be developed at less than a third of the cost of traditional technologies, such as satellites, where it will also harness significant communication and connectivity capabilities.

Aviation Week reported that Odysseus’ first flight has been scheduled to take place in Puerto Rico on April 23, 2019, the anniversary of Boeing’s Daedalus’ project.

In a video, John Langford, President & CEO, has said the Odysseus programme will provide a number of advantages for the business.

“At Boeing, our corporate motto is to connect, protect, explore and inspire, and I don’t know of another project that embodies all four of those elements as well as the Odysseus solar-powered airplane,” he says.