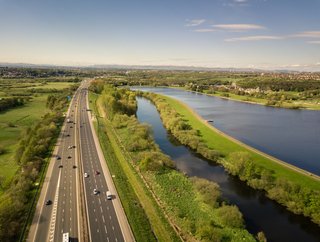 BP Chargemaster, the EV charging arm of oil giant BP, has launched the first of its new, ultra-fast 150kW EV chargers in the UK.

BP Chargemaster, the EV charging arm of oil giant BP, has launched the first of its new, ultra-fast 150kW EV chargers in the UK.

The Ultracharge 150, unveiled on 7 June this year, is capable of delivering 100 miles’ worth of charge in just 10 minutes.

The UK’s EV charging infrastructure is receiving both extensive government funding and deep interest from many oil players as the country moves towards net zero emissions on its roads by 2050.

Outside of its Chargemaster endeavours, BP has partnered with mobile EV charging startup FreeWire to deliver flexible alternatives to installed infrastructure. We spoke to FreeWire CEO Arcady Sosinov in our February issue of CSO magazine regarding the partnership and how BP is augmenting FreeWire’s tech with its own grid-dependent offering.

“We are very proud to be bringing this new 150kW ultra-fast charger to market, which will be available on the Polar network within the coming months,” said David Martell, Chief Executive of BP Chargemaster, according to the company’s 7 June blog post.

“We shifted consumer expectations for rapid charging with the introduction of our 50kW Ultracharge unit and we are confident that the Ultracharge 150 unit will do the same for 150kW ultra-fast charging.”