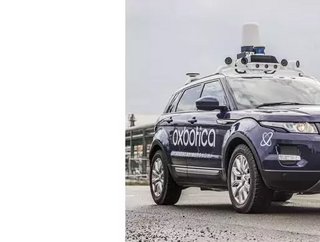 Autonomous vehicle trial with Oxbotica at Lingen refinery enhances safety for bp and paves the way for less vehicles on site...

bp has successfully completed an autonomous vehicle trial at its Lingen refinery in Germany, working with Oxbotica, a leader in autonomous vehicle software, claiming it marks a first in the energy sector - and simultaneously bolstered its presence in the offshore wind sector.

During the trial the vehicle travelled over 180km fully autonomously, safely navigating the extensive and complex environment of the bp refinery, including busy junctions, narrow paths, railway crossings, and multiple terrains, day and night and in unpredictable weather conditions. Oxbotica was able to deploy its autonomy software platform and integrate with the existing infrastructure within two hours of arriving on site.

Following the success of the trial, bp aims to progress to deploying its first autonomous vehicle for monitoring operations at the refinery by the end of the year.

The self-driving vehicles will enhance human operations and improve safety by increasing the monitoring for irregular conditions, faulty equipment and security threats, making it more frequent and around the clock. The autonomous vehicles’ enhanced analytics will help the site reduce the size of its current fleet.

Morag Watson SVP digital science and engineering, bp said: “This relationship is an important example of how bp is leveraging automation and digital technology that we believe can improve safety, increase efficiency and decrease carbon emissions in support of our net zero ambition.

“Lingen has 30 km of roads. Intelligent technology like this helps us make the incremental but equally critical improvements to our operations, so we can continue to focus on delivering the energy the world needs in the way that it wants.  I am looking forward to working with Oxbotica to explore how we can unlock the full potential of autonomy.”

The announcement follows bp’s recent $13m equity investment in Oxbotica. The partnership will give Oxbotica access to bp’s operations, retail sites and customer network, helping to unlock its potential.

Ozgur Tohumcu, CEO at Oxbotica said: “As part of our first refinery trial in Lingen, we showcased how autonomy improves safety, reduces emissions and improves productivity. The investment from bp will allow us to scale our autonomous software platform across the energy ecosystem with a number of planned use cases and unlock the true power of universal autonomy.”

Beyond the trial, bp believes that Oxbotica’s technology can help it to create an inherently safer operating environment for field workers through its reliable, repeatable, and predictable application.

The software can be installed into any vehicle and can work indoors, outdoors, underground, in any weather condition and any time of day or night. It has zero dependence on external infrastructure such as GPS or third-party mapping and is completely sensor- and platform-agnostic.

Erin Hallock, Managing Partner at bp ventures, added: “Oxbotica’s technology makes autonomous vehicles safer due to improved vision, more efficient due to reduced downtime and less carbon intensive through forensic control of acceleration, braking and driving patterns. We are delighted to partner with a business at the forefront of the future of mobility that can modernise bp through autonomy and look forward to scaling the software across bp’s ecosystem.”

Oxbotica spun out of Oxford University in 2014, developing its technology over a series of Innovate UK-supported projects.

The company now produces two pieces of software. The first is Selenium, the ‘brain’ of an autonomous vehicle, which combines data from vehicle sensors to help the vehicle answer questions relating to location, environment and movement.

The second is Caesium, a cloud-based fleet management system to co-ordinate multiple vehicles and allow them to exchange data without human interaction.

Karlsruhe-based EnBW and bp plan to jointly develop offshore wind farms off the coasts of Great Britain in a 50:50 partnership.

Following the auction for the award of seabed rights by The Crown Estate in the UK, the two partners secured two large areas in the Irish Sea that are estimated to be the highest-value areas in the first auction of offshore wind rights in England and Wales for 10 years. EnBW and bp plan to build two offshore wind farms there with a combined capacity of 3GW, enough to power the equivalent of 3.4 million households.

“We are delighted with this auction win in a tough international bidder field," said EnBW CEO Frank Mastiaux. "The award confirms that bp and EnBW are the right partners with the right strategy and the right capabilities. EnBW is among today’s leaders in advanced offshore wind technology. In partnership with bp, a major player with international experience in the offshore business, we will once again contribute significantly to a climate-friendly energy future in the UK, which is currently the world’s largest market for offshore wind power."