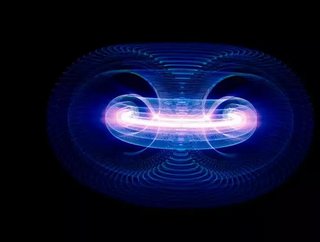 Fusion energy, it’s often said, has been twenty years away forever. The technology, which differs from conventional nuclear power by fusing rather than splitting atoms, has utopian associations of infinite, low cost, clean energy, capable of powering humanity into a new future. That’s if it can ever be commercialised, of course.

Nuclear fusion, the process which powers the Sun, has repeatedly been demonstrated here on earth, only always requiring more energy put in than is put out, making it quite useless for power generation.

Commonwealth Fusion Systems has entered the race (or is it a marathon?) to crack this central nut. It is developing high-temperature superconducting magnets as part of its development of what it hopes to be the world’s first net-energy-gain fusion system, which it calls SPARC, in collaboration with MIT’s PLasma Science and Fusion Center. 2021 is the target to demonstrate a successful magnet, from which the company intends to springboard to a successful reactor and then a power plant known as ARC.

Its approach has won it significant backing since its foundation in 2018, with almost $200mn raised. Its latest Series A2 round has brought in $84mn from lead investor Temasek Holdings, Singapore’s sovereign wealth fund, as well as numerous others including The Engine, Starlight Ventures, Schooner Capital, Safar Partners, Moore Strategic Ventures, Khosla Ventures, Hostplus, Future Ventures and Equinor.

The company said it would use the funding to grow its capabilities in eventually offering fusion power plants, fusion engineering services, and HTS magnets.

"Even in these challenging times, we are thrilled to have this group of new investors including a global investment company and a world-leading energy company committed to the long-term investment in commercial fusion, enabling CFS to remain aggressive in building the first net-energy fusion machine as fast as possible," said Bob Mumgaard, CEO, CFS, in a press release. "This funding is further evidence of a growing fusion industry and the important transition that is taking place as fusion expands from public-funded research to the private companies that will drive commercial fusion to market to help solve climate change."