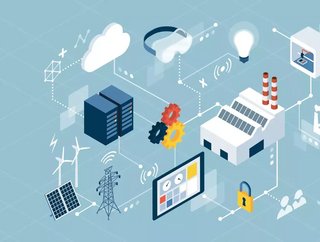 Despite the accelerating speed of Internet of Things (IoT) adoption over the course of the Covid-19 pandemic, poor or unreliable connectivity is a key barrier limiting the success of IoT projects for most organisations in the electrical utilities sector, according to new Inmarsat research.

Industrial IoT in the Time of Covid-19 found 76% of all electrical utilities businesses experience connectivity challenges when trialling IoT projects and 78% don’t feel that public terrestrial networks are completely suitable for their IoT needs. For most electrical utilities, the success of IoT projects hinges on connectivity being reliable, available and responsive enough to deliver actionable data at the right time and at the right cost to deliver a strong return on investment.

IoT is a network of networks, therefore reliable connectivity is essential for enabling business critical IoT projects, particularly in some of the world’s remotest locations, where terrestrial connectivity, such as cellular or fibre, is either limited or non-existent.

Where this is the case, respondents from electrical utilities prioritise security (56%), reliability (42%) and network coverage (36%). The sector is incredibly cyber-security conscious due to its position in a nation’s critical infrastructure backbone, so it is little surprise that the sector prioritises secure connectivity over any other attribute.

That their second priority is reliability of IoT connectivity, is also significant. It is even more pronounced in electrical utilities businesses in Latin America (75%), a region with extensive remote territories with limited terrestrial connectivity. None of the agricultural respondents in Latin America said public terrestrial networks were completely suitable for their IoT needs.

Encouragingly, 81% agreed that since solving their IoT connectivity challenges they have enjoyed much more success with their IoT projects, and 64% agree satellite connectivity provides critical support to their organisation’s IoT communication networks.

"This is increasingly true as the industry works toward ever-smarter grids, balancing intelligence at the edge against centralised monitoring and control to cope with increasing demand and other emerging challenges, such as fluctuating inputs from renewable energy sources," he said.

"This is particularly the case in some of the world’s remotest regions, highlighting the need for reliable, secure satellite connectivity for those businesses servicing highly rural areas where terrestrial connectivity is either unreliable or non-existent. As reliable connectivity is a priority for IoT, more electrical utilities organisations need to have a backup plan in place to ensure the continuous transfer of IoT data in the event of a connectivity outage.”

Mike Carter, president of Inmarsat Enterprise, said with the majority of its research respondents experiencing connectivity issues when trialling IoT projects, it is clear many businesses need to overcome these challenges to maximise their return on investment.

"The fact that they also cite the limitations of public terrestrial networks as a barrier to the success of their IoT projects highlights the importance of reliable, secure and responsive connectivity for delivering the actionable, timely data they need to achieve their IoT ambitions. Dependable, flexible satellite communications play a key role in enabling IoT for businesses, allowing data to be collected, stored, and analysed from anywhere on the planet, including far-flung sites well out of reach of terrestrial connectivity.

“Businesses are increasingly appreciating that data collected in the remotest areas is often the most valuable, as business-critical activities happen there. Whether running a remote farm in Brazil, a mining facility in Western Australia, or an oil well in the Arabian desert, there need not be holes in an organisation’s visibility of its operations," he said.

“In addition, to produce highly accurate, near real time ‘digital twins’ of their global supply chains, businesses need to work with trusted connectivity partners to develop the most suitable IoT connectivity strategies," said Carter, adding that Elera has been designed for businesses looking to accelerate and improve their IoT deployments, enabling organisations from all sectors to access IoT anywhere.