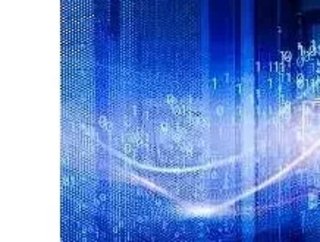 Ctrl2GO claims its PMM software (Predictive Maintenance and Monitoring) has helped energy and industrial clients cut their equipment maintenance costs by 20 percent in 2020.

The solutions developed by Ctrl2GO are designed to efficiently process and analyse big industrial data, assessing the technical condition of the equipment and predicting its potential behavior. Such an approach allows companies to streamline maintenance processes, extend overhaul intervals, and prevent up to 80 percent of equipment malfunctions.

Over the past year, companies using PMM software packages have reduced downtime and unplanned repairs by 20 percent, and cut direct repair costs by 5-8 percent. Diagnostics lead times have been reduced by 90 percent, while the technical productivity of staff rose by 15-22 percent.

A definitive case that illustrates the effectiveness of the PMM solution is the servicing of 'a metals mining and processing giant' that saved $510,000 due to higher reliability of the equipment. The issues faced by the client involved the insufficiency of reliability of the equipment that caused unplanned failures in the operation of boilers and turbines, leading to a loss of revenue due to downtime.

The solution developed by Ctrl2GO provided technical condition tracking, which was integrated into a single maintenance and repair process of the enterprise equipment. This resulted in a unified approach to monitoring different equipment fleets and a transfer of existing technologies to previously unfamiliar equipment. As a result, the client managed to reduce repair costs by $50,700, and increased revenues while reducing equipment downtime to $455,000.

Another example saw an energy client reduce electricity consumption of 139 injection pumps by $10 million per year. Initially, the pumps consumed more power than necessary, which resulted in increased energy costs and shortening of the pumps' lifespan.

The deficiencies in the infrastructure for data collection on energy consumption were solved and a concept of digitalization focused on the reliability of the equipment was developed, reducing electricity consumption and prolonging the useful life of $10 million worth of equipment, while energy efficiency increased by 4 percent.

The changing business environment, in which the demand for the automation of human labour and the optimisation of industrial processes is on the rise, is paving the way for the growth of the predictive analytics software market. The global market for predictive analytics is set to grow to $22 billion by 2027, up from $6 billion in 2020, according to ReportLinker.com.