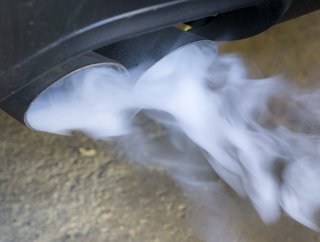 It's not easy being a diesel driver in today's world. Between clogged diesel particulate filters (DPFs), stricter EU directives and the highly pu...

It's not easy being a diesel driver in today's world. Between clogged diesel particulate filters (DPFs), stricter EU directives and the highly publicised Paris agreement on climate change, the future of diesel looks bleak. Here, Mark Burnett, VP of the Lubricants and Fuel Additives Innovation Platform at NCH Europe, explains how using additives can make existing diesel technology less damaging to the environment.

If you're a diesel driver, you will most likely have heard the horror stories of failed DPFs. One minute you're driving down the road in a perfectly well-maintained car and the next minute your car has gone into limp mode, leaving you with limited electronics and only one usable gear to get to the nearest service centre with.

In the worst cases, drivers have reported screeching noises coming from the DPF shortly followed by plumes of smoke from the exhaust and an explosion of soot over the engine bay.

Despite the potential hassle, DPFs play an important role in capturing harmful particulate matter (PM), or soot, and oxidising it to prevent the car from polluting the air with high levels of noxious emissions.

Although it's great that the UK is taking these steps — the latest figures from the UK's Department for Environment, Food and Rural Affairs (DEFRA) show an overall decline in air pollution — there is not much benefit in acting alone. Cue, the Paris accord.

Designed to tackle the wayward direction of global climate change for the next hundred years, the Paris agreement is a deal struck between nearly 200 countries.

The key elements of the agreement include: keeping global temperatures well below two degrees Celsius above pre-industrial times, limiting greenhouse gases emitted by human activity, reviewing each country's contribution every five years and rich countries helping poorer countries switch to renewable energy. It's a historic step, and one that means 2017 might well be the beginning of the end for diesel technology.

However, for many people, this change cannot come soon enough. For years, there has been a perception that diesel vehicles are more environmentally friendly than their petrol counterparts, when this simply isn't the case. Diesel cars actually produce just as much carbon dioxide as petrol and more noxious emissions.

The problem is that drivers, fleet managers and original equipment manufacturers (OEMs) in the industrial sectors have already invested heavily in diesel and it will take time to transition to cleaner alternatives.

Rather than wait for the change, OEMs in particular can do more to make their existing diesel vehicles less damaging to the environment by using fuel additives. Additives have historically been shunned because some actually reduced fuel economy instead of improving it and customers would have been better off using a more premium fuel instead.

Where additives do work is for specific tasks such as unclogging injectors, cleaning the fuel and, crucially, improving DPF performance. NCH Europe's DPF Protect additive, for example, reduces the temperature at which the DPF burns soot, from 550 degrees to 400 degrees Celsius.

Instead of waiting for the engine to get up to temperature — something that usually requires the vehicle to be driven at speeds of over 40mph for over ten minutes — the additive triggers the regenerative process by lowering the temperature at which the DPF activates, lowering the amount of dangerous particulate matter emitted into the air.

While it will still take many years for technology and legislation to bring about an overwhelming improvement in climate change, there is still more we can do in the here and now to make existing diesel technology cleaner.