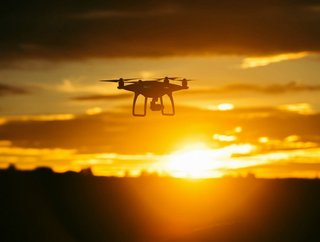 Smart cities are going to be ever more reliant on drone technology to cover a wide range of municipal duties, according to a 2017 report.

Smart cities are going to be ever more reliant on drone technology to cover a wide range of municipal duties, according to a 2017 report. The Cloud Security Alliance (CSA) and Securing Smart Cities, a joint not-for-profit global initiative, released a report pointing to drones playing a key role in the running and securing of smart cities. As cities become smarter, the need for drone technology and connectivity is set to hugely increase.

For the successful deployment of drones across smart cities, the report focuses on the need for multiple drone platforms – most probably clouds – that will allow for simultaneous control of connected devices, which are safely deployed and protected against compromise.

“Whether you are a fan of them or not, it is becoming increasingly evident that drones will in fact play an important and even critical role in the smart city environment,” Brian Russell, co-author of the report and chair of CSA’s IoT Working Group, explained in a statement.

Drones are big business: the enhanced capabilities of drones for the military combined with the increasing demand in domestic and commercial applications is driving a massive predicted industry growth.

The market intelligence firm Tractica predicts that the interest in utilising unmanned aerial vehicles for commercial applications will drive commercial-grade unmanned aerial vehicle (UAV) shipments from 80,000 units in 2015 to more than 2.6mn annually by 2025. Predictions by Interact Analysis in ‘Drones in 2022’ predicts industry revenues will reach $15bn by 2022, up from just $1.3bn in 2016. This includes revenues from hardware, software/analytics and drone services.

Robert Garbett, an ex-British Army Major, has launched a new group of companies which is the first to focus on bringing together a number of complementary businesses to provide this vital connectivity to the ever-expanding global drone industry.

The security sector is one in which drones are becoming more commonplace, with deployment of permanent, tethered drones to scan for movement at sensitive locations such as airports and railway stations, particularly at a time of increased terror threat at a global level.

“Drone use has increased exponentially across a wide range of applications,” says Garbett, “and security is definitely one of them. In the UK, the Maritime Coastguard Agency has implemented the technology in support of the Border Force to scan some of our coastline.”

Indeed, some police forces in the UK have begun to adopt drones during operations – they’re particularly handy when searching for on-the-run criminals or for deploying in particularly violent situations such as riots. Search and rescue missions are also a fast-growing sector, as drones are able to drop urgent medical supplies where needed within minutes, and search for people trapped on mountains or in a building after an earthquake. Copenhagen’s fire service is currently being taught how to use drones to combat fires and chemical spills arising from traffic accidents.

Right now, what really excites Garbett about drone technology? “For me, it’s the integration of drone systems with each other through the Internet of Things,” he explains. “For example, the idea of being able to have a car turn up at exactly the right time to get me to my destination for a meeting scheduled in my diary via a fusion of surface and air drones is amazing. I remember waiting patiently for someone to introduce a phone that could merge my mobile and PDA, being frustrated at having to type numbers into my phone from another device. Of course, we now all have smartphones and these days many would not even know what a PDA is! I feel the same way now about the possibility of being able to get from one side of London to the other safely, quickly and on time using integrated, driverless surface and air drones.”

With a rapidly rising population squeezed onto an already crowded planet, we’re going to need all the help we can get to sustain ourselves in the future. Drones are increasingly being introduced into agriculture to do just that – but can UAVs really help to sustain our population with a forecasted 9.7bn people sharing the planet’s resources by 2050? According to Garbett, drones are already having a huge impact on farming.

“Systems are being used to scan the condition of crops in order to allow for targeted use of crop treatments,” explains Garbett. “This significantly reduces the cost for the farmer and also reduces risk of such treatments entering the food chain. We recently discovered a drone system being used to great effect detecting disease in crops before it was visible to the human eye. All of these innovations are amazing and are set to develop further as the agriculture industry wakes up to the potential of these systems.”

With traffic congestion causing huge problems for today’s big cities, does Garbett believe that flying cars will follow, hot on the heels of the drones, for the smart cities of the future?

“Of course, there are a number of issues to overcome,” he states, “but we firmly believe that in cities such as London, we’ll see small nodes operating between fixed points across problem areas within 10 years. Indeed, this is already the case in Dubai where such technology is being embraced fully. Beyond this, we believe that systems will continue to develop and interconnect with other systems and as the safety case is proven, resistance to implementation will reduce. The transport application for this technology is inevitable in the long term and we believe that it will save a number of lives currently being lost on our roads.”

All of this is well and good, but are we simple humans at risk from drones and flying cars connected by common platforms? Should we be concerned about computers beginning to replace police, firemen, paramedics, delivery drivers and pilots? Will humans actually be of any use by 2040 or will we be a redundant pile of bones and organs just waiting for our demise?

“There are so many stories of new and innovative technologies creating irrational fears,” says Garbett, “such as the introduction of the first automobiles when people thought that going over 25mph would result in death. Irrational fear is normal and is to be expected but if we look at how drones are being used now, they are generally carrying out tasks that are impossible or too dangerous for humans to undertake. In essence, we believe that drones will, as they do currently, augment our capabilities and capacity – not replace them.”