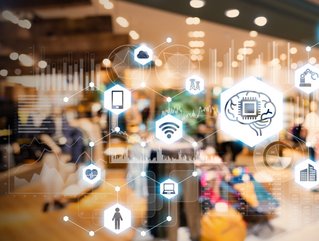 Energinet and the IOTA Foundation (IOTA) have signed a Memorandum of Understanding to cooperate in experimentation with the IOTA Ta...

Energinet and the IOTA Foundation (IOTA) have signed a Memorandum of Understanding to cooperate in experimentation with the IOTA Tangle in the IoT and energy market domains.

The IOTA Tangle is the first open-source distributed ledger specifically being built to power the future of the Internet of Things (IoT), with feeless microtransactions and data integrity for connected devices and machines. Since November 2017, IOTA has been running the Data Marketplace initiative with the participation of Energinet and several industrial and IT companies.

After running tests on distributed identities, Energinet is now shifting toward exploring the potential of IoT devices integrated with the electricity markets with the IOTA Tangle. Energinet and IOTA will explore and test the possible use of IOTA in creating new products and services in the energy system centered on using IoT devices to accelerate the green energy transition, e.g. to manage heat pumps and electric vehicles towards using energy when there is an abundance of green energy in the grid. This collaboration will include services applicable to Energy and adjacent areas such as smart cities, smart buildings and mobility. This will be done through joint Proofs of Concepts (PoCs) and participation in collaborative IOTA initiatives.

Energinet is an independent public enterprise owned by the Danish Ministry of Energy, Utilities and Climate. Its core services center on electricity and gas transmission, including gas distribution and storage. With the goal of accelerating the green energy transition, Energinet has been exploring concepts of digital trust and distributed ledger technologies (DLT), and is now collaborating with the IOTA Foundation to explore the IOTA Tangle, an open-source, permissionless distributed ledger technology.

André Bryde Alnor, Market Developer in Energinet said: “As part of our journey to a digitized, green energy system, we know that we have to bridge the gap between the fast developments in IoT technology, being implemented on both household and industry level, and the centralized systems of the European energy system.”

Wilfried Pimenta de Miranda, Business Development Director at the IOTA Foundation said: “IOTA Foundation develops a cost efficient and scalable protocol that can enable Energinet’s ambition regarding developments across identity management, data access delegation, digital twins and data marketplaces. To make this happen, IOTA is eager to catalyze Energinet’s effort in research and experimentation within both tech and behavioral design. We look very much forward to shaping together an open and collaborative ecosystem.”