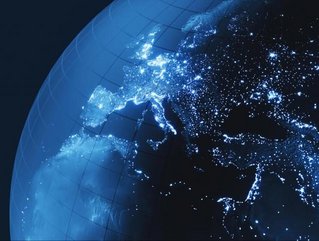 The foreseeable advantages of smart cities
While the prospect of a clean, green, efficient city is certainly attractive, smart cities have both advantages and disadvantages. Barcelona is a prime example of how modern technology can be integrated into city infrastructure with numerous beneficial outcomes. Barcelona’s Ministry of Justice is able to instantly connect with local prisons, police stations, lawyers and hospitals at any time. Sensors in parking lots indicate when spaces are occupied or vacant  and this information is displayed in real-time and is also accessible via an app which allows drivers to book spaces in advance. Sensors on bins indicate whether they are empty or full, thus speeding up the process of trash collection. In addition, sensors in the ground at local parks ensure that grass gets just the right amount of water, leading Barcelona to anticipate a decrease of about 25 percent in water used for irrigation.

Singapore is one of the world’s best known smart cities. It gets high marks for offering nearly all government services online and providing a top notch public transportation system. However, it continues to look for ways to improve its standing and offer better services to citizens. One recent development involves rolling out ‘smart boxes’ connected to fiber optic lines to deliver real- time information on air pollutants, heavy rainfall or traffic jams to all citizens. Singapore also continues to put a premium on creating an eco-friendly atmosphere. The city has well over 2,000 certified green buildings and has put laws in place to discourage personal vehicle use.

What are the vulnerabilities of a smart city?
At the same time, a smart city is not guaranteed to be a success story. Critics rightfully note that the technology used to provide faster and better services to citizens is also vulnerable to hacking. What’s more, a hack or breakdown in one sector could easily lead to domino-effect failures in other sectors because of how interconnected utilities and services are. Privacy rights groups are also concerned that the more information a city collects, the higher the odds are of it being misused. While some simply trust the government to use personal information wisely, the truth is that local, state and federal laws are lagging far behind technology in every part of the world. This puts governments in danger of infringing on citizens’ rights or making serious errors in moral judgment simply because there is no precedent for how a particular situation should be handled.

Experts also note that the increased popularity of smart cities is leading some countries to build them from scratch, despite evidence that this may be misguided. Masdar City, which is being built in the deserts of Abu Dhabi, has attracted criticism for being highly impractical. It has been noted that cities built using the latest technology could very well be outdated by the time they are completed — resulting in time and money wasted on a settlement that is not attractive to prospective settlers.

It remains to be seen whether South Korea’s Songdo City will be lauded or lambasted in years to come. The city was constructed in a highly affordable manner and offers citizens full integration with public services. Abundant green spaces make the city a pleasant place to live and a highly modern waste management system means that Songdo needs only seven waste management employees to serve a city with 35,000 residents. However, Songdo also has its drawbacks: its ultra-modern style gives the city a plain appearance that does not take cultural aesthetics and expectations into account. As sociologists have noted, this type of “one size fits all” city can create serious problems, among them an increased crime rate and heightened class divisions.

What does the future hold for smart cities?
It’s safe to say that the popularity of smart cities is increasing exponentially. In most cases, however, governments are opting to work with existing city structures instead of building brand new cities using ultra-modern technologies. In India, Prime Minister Narendra Modi has recently set plans in place to transform 100 Indian cities into smart cities by the year 2020. The selected cities would receive well over US $15 million towards development. Existing smart cities like Copenhagen, Vienna, Vancouver, Helsinki and Brisbane are working towards new developments to increase efficiency and make life easier and more comfortable for residents. A number of American cities, including San Francisco — New York, San Antonio, Chicago and Miami — are increasing their use of cutting edge technology to improve traffic, safety and other services. However, the idea of building a smart city from scratch refuses to die, as evidenced by the fact that Google is making plans to build its own municipalities.

Technology’s rapid developments makes it impossible to foresee exactly what smart cities will look or behave like in five or ten years. However, recent trends indicate that smart cities will become both more popular and more abundant. The world’s metropolises will inevitably continue looking for ways to use technology to create a safe, eco-friendly, efficient environment for residents. However, the fact that privacy and hacking concerns have not been addressed at length means that even the world’s smartest cities will remain vulnerable to serious disruption.