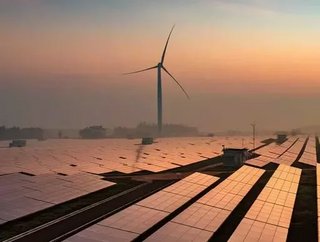 KRG Engineering is investing £2 million in new equipment and technology as part of a new renewables-oriented global strategy.

The engineering specialist aims to grow turnover by 20 percent annually for the next five years by expanding its oil and gas, rail, defence and FMCG presence and diversifying more into renewables. KRG owns a 20,000sqm facility in Coatbridge, Scotland, servicing food manufacturers, the MoD and tier one OEMs in the oil and gas sector.

Gerry Hughes, CEO at KRG said as global economies look to infrastructure and other critical industries to 'build back better', it can play a vital role in ensuring robust, reliable components.

"In these industries, the integrity of a single part can lead to downtime, which significantly impacts the entire operation. Our components are used on some of the most complex oil and gas equipment, so we have the skills and knowledge to support the offshore renewables sector, including the wind supply chain," he said.

"This is the time to realise our potential and to do that, we want to reinvest into the untapped engineering talent we have in Scotland to solve safety and uptime challenges. By housing all our capabilities under one roof, we offer customers in the renewables industry an end-to-end solution to reduce costs and interfaces while improving quality and reliability."

Multinationals such as BP, Total, Shell and many more are all investing and expanding in renewable energy.

BP stated that it will reduce its oil and gas production by 40 per cent by 2030 whilst boosting investments in renewable energy by $5 billion a year. They will also invest in and build renewable energy capacity of 20GW by 2025 and 50GW by 2030.