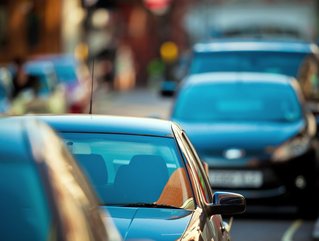 There is a lot of discussion in the public and private sector about the environmental impact that society is making and how this wi...

There is a lot of discussion in the public and private sector about the environmental impact that society is making and how this will impact future generations. Sustainability measures are being driven through recycling efforts, protecting and improving open spaces and wildlife, and promoting sustainable infrastructure.

Leveraging environmental policy to make differences at a local level helps chip away at the sustainability challenge – one area, overlooked by some, which can have a substantial impact is how we move around cities.

In 2019, London was the first city to implement an ultra-low emissions zone (ULEZ) across the city. At the time it was hailed as a “world-leading” vehicle pollution restriction and since enforcement it has been deemed a success. Drivers who are in cars and vans that do not meet the ULEZ emissions standards are being charged a daily rate. However, the headlines covering how successful London’s ULEZ has been, encouraging other cities to follow suit, often leave out some key points.

As many cities have recently experienced, introducing a ULEZ can be a costly and time-consuming undertaking, to the extent that many cities have had to push back launch dates because of delays with the emissions tracking technology and the supporting infrastructure. Not only this, the technology can be difficult to implement and at the speed technology moves, it is likely to be obsolete within the next 10 to 20 years, rendering the millions that local councils have spent on it a waste. Additionally, ULEZs have not been shown to fundamentally discourage drivers from using higher polluting vehicles as drivers may be inclined to drive more within these zones to justify the charge they have to pay.

On top of implementing a ULEZ, some London Councils have also invested in some easier to implement, cheaper alternatives that also help to encourage environmentally friendly driving. An example of this is emissions based parking (EBP), which was first implemented by Westminster City Council in June 2017.

In a similar vein to ULEZ, EBP uses technology to track and target higher polluting vehicles but specifically when they park instead of as they are driving around. Low emissions vehicles – such as electric or hybrid vehicles – can pay less to park while the most polluting diesel vehicles pay more. Although both ULEZs and EBP ultimately impose a higher charge on drivers with less environmentally friendly vehicles, each solution tackles driver habits from a different standpoint. While the ULEZ works to discourage driving within a city, EBP instead incentivises motorists to make more environmentally friendly choices around the vehicle they drive.

EBP falls in line with the European Commission’s Euro 6 standard which directs that environmentally-friendly cars should pay less; newer, cleaner petrol and diesel vehicles should pay a standard rate; and the most polluting vehicles paying the highest price.

As most local councils have already migrated the majority of their parking payment systems to cashless app-based systems, EBP can be an easy and cost-effective implementation process. The application that enables parkers to pay for parking can be provisioned to also automatically assess the car, based on real-time data, the vehicle CO2 fuel emissions and the year of manufacture. Tariffs can then be automatically applied based on level of emissions within pre-defined brackets set by the council.

This technology can also be used to target specific sites or areas under the purview of a local government without any additional infrastructure implementation. EBP technology is also agile, so it can constantly be adapted and improved to meet the needs of the local area. Additionally, as it is implemented as part of a phone parking solution the technology will constantly evolve to take advantage of the latest developments without costing local councils large sums of money.

EBP parking schemes are already making an impact. Within a year of trailing the solution, Westminster City Council saw a 16% reduction in the most polluting vehicles driving and parking in the city, without any obvious displacement to nearby parking zones.

Making an impact one car at a time

Parking may not always be the first thought people have when it comes to environmentally conscious policies and it also may not be an industry that you think is technology infused, but think again. The parking industry is leading the charge in helping to provide cleaner, healthier and more liveable cities through technology solutions such as EBP.