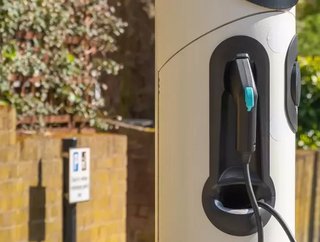 Innovative manufacturing company Siemens has equipped a street in Westminster, London with th...

Providing details of the project in a press release, Siemens described how local demand on Sutherland Avenue had provided the impetus to install 24 EV charging points using specially converted lampposts.

The development, which is in collaboration with Westminster City Council, will assist the borough’s target of establishing 1,000 similar charging points before the end of 2020.

Now dubbed ‘Electric Avenue’, the half-mile stretch of road could become a model for the cityscape of the future, as EVs begin to take hold as the UK’s preferred mode of transport.

Siemens’ commitment to the project stems from its own research, which shows that more than a third (36%) of British motorists have expressed a desire to purchase an EV.

It is also a reaction to 40% of those surveyed stating a lack of charging points is deterring them from doing so.

This feedback is seemingly validated by other studies, which show a trend towards accepting EVs if they were as convenient (in practical and economic terms) as petrol/diesel vehicles.

Finding a car with an acceptable range, having enough charging points, recharge time and price were the primary concerns of consumers (81%, 74%, 66% and 64% respectively). Despite this, younger drivers were, on average, more enthusiastic to buy an EV.

The opinions and attitudes of consumers appear to be shifting towards sustainability-focused goals and using their purchasing power to make a difference - Siemens’ research showed that 83% of London motorists have become more concerned by their carbon footprint.

Westminster City Council is a trailblazer in the national conversion to EVs, with more charging points than any other regional authority. The Greater London area in total is currently leading the country, with the South West and Scotland close behind.

The available data is showing that EV charging points grow incrementally each year, but this may need to accelerate to facilitate the equal conversion of the UK’s estimated 32.5mn fossil-fuel reliant cars.

Discussing the ongoing challenge to meet consumer and market demand, particularly in light of the government’s decision to ban petrol and diesel cars by 2035, Cedric Neike, CEO of Siemens Smart Infrastructure, said the ongoing difficulties would be worth it.

“We know that half of London’s air pollution is caused by road transport and Westminster is a particularly busy area. While we cannot solve the challenge of air quality overnight, ‘Electric Avenue W9’ is an important showcase of what’s possible using existing city infrastructure.

“It illustrates how residential streets will look in the near future, and accelerates the shift to zero emission vehicles,” he stated.