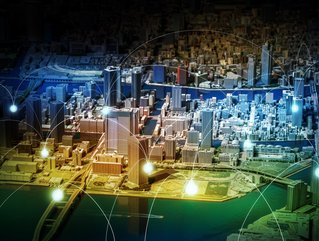 In this month's Energy Digital magazine...

In this month's Energy Digital magazine, Matt High looks at the true purpose of smart urbanisation and its environmental impacts.

By 2050 it is estimated that 68% of the world’s population will live in urban areas. That equates to another 2.5bn people living in cities – in 2018 the world’s urban population was 4.2bn. In the face of such rapid growth, cities are using innovative technology to improve sustainability, to better manage transport and infrastructure, be more energy efficient and to offer urbanites a better – and smarter – way of living.

Welcome to the smart city. Driven by data, these urban environments use interconnected digital technology from traffic lights and energy systems through to heating or even the buildings themselves. “Smart cities are by definition, connected cities. They are cities where devices, systems, vehicles, whole environments and the people in them are communicating and collaborating,” says Martin Woolley, Developer Relations Manager, EMEA , Bluetooth SIG, a standards organisation with 33,000 member companies that take the Bluetooth standard and implement Bluetooth technology in products and services.

“The pursuit of the smart city tends to be driven by general, wide-reaching concerns such as sustainability or by specific, local issues like air pollution, traffic congestion or growing energy costs,” Woolley adds. “Similarly, smart buildings are being created as a response to the efficiency and cost reduction opportunities that a self-optimising, connected building can offer. Increasingly, regulations are put in place stipulating tougher energy efficiency targets; smart building technology makes it possible to meet these targets.”

But cities are vast. And with each having its own specific requirements – and range of technologies – how to best implement those innovations is key. Martin explains that collaboration and interconnectivity are vital components of any connected network. There are, he says, billions of devices currently on the market, each bringing a growing demand for connectivity and interoperability. The latter is essential for creating systems that can incorporate many of these devices from a range of manufacturers, and for a host of different urban applications.

“In a recent survey more than two out of three people said that interoperability of systems was a key component of a smart city,” Woolley explains. “It’s one of the key reasons the Bluetooth SIG was created 20 years ago as, without universal standards, interoperability couldn’t be achieved. It is the foundation of Bluetooth and has remained not just a core component, but also a major contributing factor for the widespread adoption of the technology across a wide range of markets and use cases.”

Smart cities and the future of carbon capture

The nature of the smart city concept and its inherent means that there isn’t a standard way in which such an environment works. Rather, it is imperative to assimilate technologies based on each urban area, the people living in it, its requirements and so forth. A smart city, Woolley says, “has a collection of technological systems that aim to solve all sorts of problems that modern cities face and improve the quality of life for citizens. As a result, the priorities will be different across different cities, based on their most urgent concerns.

“Often, citizens themselves are part of the solution,” he adds. “For example, frequent smartphone usage and wearable technology can be leveraged to capture all kinds of live data, including traffic and pollution levels.”

Bluetooth, with its ability to connect wireless devices and build personal area networks, can act as an underpinning technology in the smart city. “Engaging and involving citizens in smart city initiatives is essential to their success and a common strategy is to crowdsource urban data by exploiting the smartphones that almost everyone has in their pockets,” highlights Woolley. “All smartphones support Bluetooth, which can be used to collect data, communicated over Bluetooth by strategically deployed sensors. From the smartphone, the data can be uploaded to the cloud, where analysis can be performed and heat maps can be created, depicting various aspects of the city environment. In a similar way, vehicles can collect data wirelessly as they pass roadside sensors, allowing traffic patterns to be monitored and, as a result, routes and resources more efficiently allocated.”

Alternatively, Bluetooth beacons are small Bluetooth devices that can be used to create indoor navigation systems. These work in conjunction with smartphone applications, to help people find their way through complex environments like airports or large shopping centres when there is no GPS signal available.

The technology can also be used for the effective operation of smart buildings. “Bluetooth mesh network is a new Bluetooth technology that allows thousands of devices to communicate with each other,” Woolley adds. “It’s designed for smart buildings, where a multitude of sensors provide data to other building devices and systems in real-time, turning the building into an automated, self-optimising system which reduces costs and improves the building environment. By connecting buildings together using the internet, we gain the ability to discover new information about the comparative performance and use of our buildings, allowing decisions and improvements to be made.”

Importantly, Woolley notes that when it comes to challenges in implementing smart city networks the very interoperability and connectivity that typifies them can also present issues. “For typical smart city projects, a one-size-fits-all approach to communications and connectivity will not work. Requirements regarding issues like range, bandwidth and power supply can vary enormously and so systems will typically leverage more than one communications technology. As a result, choosing the right technologies to meet the full range of smart city requirements is the challenge. But standards-based technologies like Bluetooth are without doubt, the wise choice.”

While smart cities undoubtedly provide an effective and innovative method of managing infrastructure, improving building technology and operation, and creating a more efficient urban space, they are made for people. But are we ready for more technology? Recent stories about ‘rogue’ automated vehicles, social media data breaches and advanced AI technology make some nervous about further integration of digital technology into their lives. Woolley, however, sees this as a positive: “It’s important that people are aware of the risks and are prepared to ask questions about the security of their data, devices and networks,” he says.

“At the Bluetooth SIG, security is taken extremely seriously and Bluetooth mesh devices must always implement mandatory security features such as encryption and authentication of all communication messages. This is only part of the issue though and the public have a very healthy role to play in ensuring manufacturers, social media companies and governments do their part in keeping data, and people, safe. To do that, a good smart city project should involve the citizens intended to benefit from the project. An inclusive and consultative approach is key to building trust.”

And that trust will ensure that the concept of a smart city can flourish. Around the world there are numerous examples already of digital technology and innovative products improving cities both operationally and for those that live in their buildings. “I do not think there will be a single smart city template in the future. I think there will be a managed evolution towards a particular type of smart city across the world, with the most pressing issues and opportunities guiding that evolution. For one city, conservation and efficient distribution of water might be the priority, and underground sensor networks the solution. For another, the priority may be in regard to energy costs and smart, networked buildings, and street lighting the solution. What I do not think will be at the top of the list is the deployment of autonomous flying taxis. I saw this presented as the hallmark of the smart city recently and I couldn’t disagree more,” Woolley concludes.

You can read the original article here.