Smart cities and the future of carbon capture 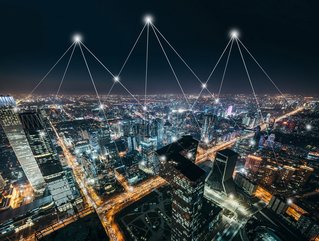 The UK Department for Business, Innovation and Skills (BIS) offers a broad definition of a smart city. According to BIS, it consider...

The UK Department for Business, Innovation and Skills (BIS) offers a broad definition of a smart city. According to BIS, it considers the concept a ‘process’ rather than a static outcome, where increased citizen engagement, hard infrastructure, social capital and digital technologies make cities more liveable, resilient and better able to respond to challenges. These challenges include environmental issues and how technology and innovation will lead to a better quality of life and a reduction in energy consumption within cities.

The effective management of energy production, distribution and consumption is one of the major hurdles facing cities of the future – particularly in the face of increased urbanisation. It’s thought that cities represent three quarters of energy consumption and 80% of CO2 emissions worldwide. They also house half the world's population, a figure set to rise to 75% by 2050. Clearly that brings with it a number of potential environmental problems such as CO2 emissions.

Many cities have industrial hubs that generate significant CO2 emissions and pollute the urban environment, and locating somewhere to house these emissions is extremely important for smart cities of the future.

But there are businesses and projects out there trying to confront the issues that cities will have to deal with and more specifically, as far as carbon capture is concerned, how we can reverse engineer the presence of CO2 from ambient air. An example of one such project was that undertaken by a team from the University of Amsterdam and the Vrije Universiteit. As part of the iGEM 2017 initiative set up by MIT in Boston, this group looked into reimagining the way we look at C02.

The way most of us recognise CO2 is as a pollutant that harms urban environments – but what if that pollutant could be captured, stored, and then used as a resource to synthesise chemical building blocks? The team called this idea Carbon Capture and Utilisation (CCU). They looked at using CO2 as a viable resource and an alternative to oil by employing cyanobacteria to take up CO2 from the atmosphere before directly turning it into the valuable chemical fumarate. Essentially a form of photosynthesis, the team claim this process is fast and efficient because no arable land is required. Fumarate is used to produce certain plastics, food additives and medicines, but is currently made from petroleum with its estimated global market size expected to go beyond $760mn by 2020.

The pioneers of carbon capture

One of the leading lights in CO2 capture is Professor Klaus S. Lackner, director of the Lenfest Center for Sustainable Energy at the Earth Institute, Columbia University. Lackner has long maintained, and takes his inspiration from, the idea that tree leaves have already given us a successful natural prototype for capturing CO2 emissions.

Back in 2015 Lackner told Fast Company his calculations suggested the air capture device he was developing would be 1,000 times more effective than a single tree. “There’s no question it works,” he said. “Whether you can do it practically remains to be seen and proved.” This concept has been taken on since. Recently, the World Economic Forum and Scientific American named Harvard University chemist Dan Nocera’s artificial ‘leaf’ as one of the top emerging technologies of 2017.

A number of other scientists and entrepreneurs such as Catalytic Innovations, Opus 12, Carbonclean, Dioxide Materials and Bill Gates-backed Carbon Engineering are also working on technologies to make recycling carbon dioxide a profitable industry.

Carbon capture: Where are we now?

Swiss company Climeworks claims it is the first company in the world to commercially capture CO2 from ambient air using its own specially designed technology, and recently opened its first commercial plant at the end of May last year. Located at a Climeworks facility near Zurich, developers say the plant will capture about 900 tonnes of CO2 annually – the equivalent level released from around 200 cars.

The plant sits on top of a waste heat recovery facility that powers the process. Fans push air through a filter system that collects CO2. When the filter is saturated, the CO2 is separated. The gas is then sent through an underground pipeline to a greenhouse to help grow vegetables. However, according to co-founder Jan Wurzbacher, the collected CO2 can also be used elsewhere commercially. “Once captured, this CO2 can then be sold on the merchant market for the food and beverage industry and can be used for the production of synthetic renewable fuels and materials,” he said.

Speaking to sciencemag.org last year, Christoph Gebald, Co-founder and Managing Director of Climeworks, said: "Highly scalable negative emission technologies are crucial if we are to stay below the two-degree target [for global temperature rise] of the international community."

Climeworks is not alone in combatting and finding new uses for CO2.

Silicon Valley-based Global Thermostat has been making waves on the carbon capture front since 2010. Their power plant quite literally reverses the process of carbon production by sucking CO2 out of the air and then turning it into useful products for use in plastics and synthetic fuels.

Speaking to Forbes, Global Thermostat CEO and Co-founder, Graciela Chichilnisky said: “If you think of a dehumidifier, it takes water molecules from the air; our product does the same. But instead of taking water, we’re taking CO2. It’s a power plant that cleans the atmosphere. We call it (the process) ‘carbon negative’.”

While not everyone is sold on the idea of ambient air carbon capture, Chichilnisky said: “Our technology is very, very low cost. We don’t use electricity. We use low temperature heat and we can produce CO2 in any amount practically.”

Making CO2 a commercially viable product is certainly one half of the discussion, but the other is surely around the positive impact these innovations could have on the environment, and therefore, cities of the future. This is something that Global Thermostat’s Chichilnisky has considered: “We are writing the future because we are changing the use of energy.”