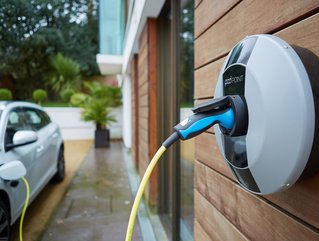 In line with its ambitions to become a leader in the EV infrastructure space, UK-based EDF Energy has acquired EV charging speciali...

In line with its ambitions to become a leader in the EV infrastructure space, UK-based EDF Energy has acquired EV charging specialist Pod Point in a new joint venture with Legal & General.

Since its founding in 2006, Pod Point has distributed 62,000 EV charging points around the UK and 6,000 in Norway, as well as having established a network of around 3,000 charging bays at supermarkets, holiday villages and sites represented in Legal & General’s portfolio.

The news comes shortly after Boris Johnson’s recent announcement at COP26 that the UK will bring forward its ban on the sale of petrol and diesel cars to 2035, five years earlier than the original 2040 target.

“This new acquisition is perfectly in line with the EDF Group’s Electric Mobility Plan launched in 2018. It fulfils our ambition to be the energy leader in Europe,” said Yannick Duport, Electric Mobility Director at EDF Group, in the firm’s announcement.

“Pod Point, a major player of charging solutions in the UK, will play a leading role alongside our subsidiaries IZIVIA and DREEV. We are pleased to welcome these new skills to our Group.”

Erik Fairbairn, CEO and Founder of Pod Point, added: “This is an incredibly exciting next chapter for Pod Point. We set out in 2009 with the vision that travel shouldn’t damage the earth and a mission to put a charge point everywhere you park. So far, we have made great progress towards those goals.

“By joining up with EDF we can take things to the next level and accelerate our national roll out of charging points and make it even easier for drivers across the UK to go electric. I’m immensely proud of what the Pod Point team has already achieved but think it is only a fraction of what we will now be able to do with EDF. We just took a big step forward in being able to deliver against our mission!”