What is the Bridgestone World Solar Challenge? 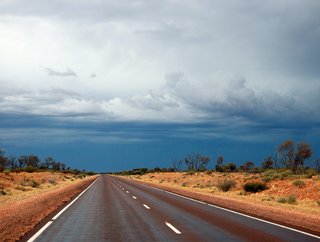 Having begun on 13 October and being due to end on 18 October, the Bridgestone World Solar Cha...

Having begun on 13 October and being due to end on 18 October, the Bridgestone World Solar Challenge is underway.

The event, which has seen teams preparing for almost two years, spans the width of Australia – running from Darwin in the north to Adelaide in the south. Racing along this distance, to the tune of 3,000km, are almost fifty solar-powered cars representing teams from around the globe.

Having begun in 1987, the event was inspired by a 1982 crossing from eastern to western Australia by pioneers Hans Tholstrup and Larry Perkins in a solar-powered vehicle, the ‘Quiet Achiever’.

In the 32 years since, the biennial event has been a beacon for the ingenuity of solar developers and a competitive testing ground for sustainable vehicle and transport solutions.

Limited to 6sqm of solar panelling per vehicle, entrants from top universities and technical institutes based around the globe must devise both the most efficient and speedy vehicles possible.

44 teams – themselves split between Challenger, Cruiser and Adventure classes – are participating in this the 15th iteration of the race. Each competitor ‘pits’ at a designated control spot along the route where their time and speed are recorded.

At the time of writing, the event’s third day has concluded with Solar Team Twente of the Netherlands leading the Challenger group (before any penalties are applied), beating compatriots Vattenfall Solar Team by 11 minutes and third placed Agoria Solar Team of Belgium by 20.

As an indicator of the global nature of the event, rounding out the top 10 are teams from Germany, Japan, the USA, Sweden and Chile.

With EVs on the rise around the world (and challenging questions about their viability still yet to be answered), the innovations of the Bridgestone World Solar Challenge are sure to spark the imagination and could well form the basis for the transport solutions of tomorrow.