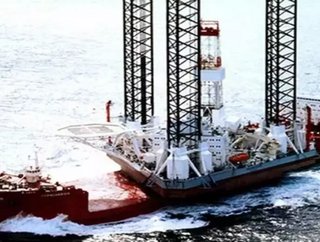 Thirteen people have been confirmed dead and dozens missing after a Russian oil rig flipped off the country&#39;s far east coast Sunday. The Kolskaya...

Thirteen people have been confirmed dead and dozens missing after a Russian oil rig flipped off the country's far east coast Sunday. The Kolskaya rig sank in just 20 minutes in waters 1,000 meters deep in its quest for oil and gas deposit discoveries on behalf of energy giant Gazprom.

President Dmitry Medvedev has ordered an investigation into the incident as regulations strictly forbid the towing of rigs in stormy conditions.

"The investigation is looking into safety regulation violations during the towing of the platform and a disregard of poor weather conditions as the main reasons for the incident, as there was a strong storm in the area," the Investigative Committee said in a statement.

The hope for finding the remaining missing 40 some persons is bleak, however. In addition to the difficulties of dealing with poor weather conditions, the Emergency Ministry has told the press that people can survive the cold waters for approximately six hours before hypothermia kicks in. Thus far, emergency officials have reportedly rescued only 14 workers and recovered four bodies.

RETURN TO THE GULF

Poor infrastructure and short-cutting have caused many sea disasters in other Russian oil and gas operations over the years. As the world's largest energy producer, Russia's pushy efforts to step up offshore exploration will need serious evaluation moving forward. In addition to the nearly 50 dead or missing from Saturday's events, the country has become an inhospitable zone over the years that some believe to represent the world's worst ecological oil disaster.

Environmentalists estimate at least 1 percent of Russia's annual oil production, or 5 million tons, is spilled every year, which is equivalent to one Deepwater Horizon-scale leak about every two months, according to the Associated Press.

Though oil spills are less dramatic in Russia than in other places, they're far more numerous than any other oil producing nation in the world, literally occurring on a daily basis. Hopefully, this weekend's events will start bringing to light those companies responsible for poor infrastructure and management, and start holding those entities accountable.