5.5 Million Without Power after Hurricane Irene 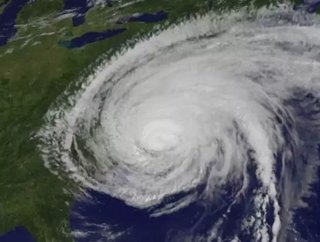 U.S. energy companies and oil and gas refineries are working to get up and running again on the east coast, which was pummeled by Hurricane Irene over...

U.S. energy companies and oil and gas refineries are working to get up and running again on the east coast, which was pummeled by Hurricane Irene over the weekend.  Roughly 5.5 million people in 14 states are without power as of Monday morning according to a report from the U.S. Department of Energy, with New York State topping the list with 940,000 residents without energy.  Apart from electricity and gas, several oil refineries were closed during the storm and will restart operations this week.

Sunoco Inc. closed a 90,0000 barrel per day (bpd) crude unit at its 335,000 bpd Gerard Point refinery.  ConocoPhillips’ Linden, New Jersey refinery was closed completely through the weekend.  However, other refineries, such as Hess Corp.’s 70,000 bpd Port Reading refinery in New Jersey.  As predicted, a spike in gasoline price is being noticed in the storm’s wake.

Hurricane Irene could cause Gas Price to Rise

The U.S. Energy Information Administration reported that there has been no pipelines damaged.  Colonial Pipeline went so far as to say that the storm’s impact was far less than expected, reporting no damage.  However, some pipeline companies, such as Williams Cos Inc., are reporting power loss or flooding at pump stations.

Hurricane Irene had put millions on edge, but ultimately the storm never reached the capacity expected.  Though lives were lost, businesses and homes flooded, and millions left without power, the damage is still far less than predicted.  As energy companies and refineries reboot operations and people work to clean up the mess left behind by torrential rainfall and flooding, some sense of normalcy should resume shortly.