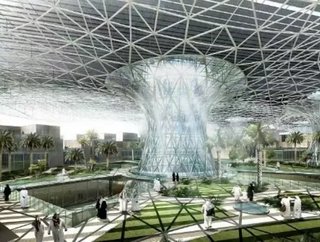 Masdar, an Abu Dhabi renewable energy company, will invest millions of dirhams in clean energy projects in Scotland under the Energy Technology Partne...

“From wind and solar energy to the potential of wave technology, Scotland is a strong advocate for the advancement of renewable energy,” Sultan Ahmed al-Jaber, chief executive of Masdar, said last week at the World Future Energy Summit in Abu Dhabi in discussing the initiative. “Our countries share a similar vision where new forms of power will complement and help balance the global energy mix.”

The partnership will focus on four core areas of original research: offshore and onshore wind projects; carbon capture and storage; investment in a low-carbon economy; and renewable energy research and development.

As a growing trend in the Middle East, this is the latest of a series of agreements between the Emirates and other international parties geared towards clean energy initiatives. Last week, Masdar announced it would also build a solar power plant in Tonga that would save over 47,000 gallons of diesel a year and avoid some 400 tons of carbon emissions. The company is also working in Afghanistan to provide solar power to hundreds of homes in isolated areas.

By 2020, Abu Dhabi aims at having 7 percent of its total energy used to come from renewables. According to Bill Richardson, a former U.S. energy secretary, in an interview at the energy forum, The UAE “is the only oil producer in the world, aside from the U.S., that is big on renewable energy right now. Everyone dabbles, but these guys want it to be their legacy.”