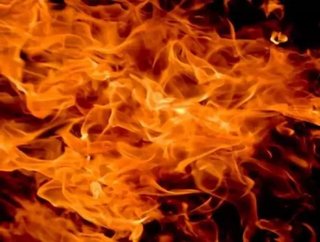 Only days before the February 7th blast that killed six people at the Kleen Energy Systems power plant in Middleton, CT, the U.S. Chemical Safety Bo...


Only days before the February 7th blast that killed six people at the Kleen Energy Systems power plant in Middleton, CT, the U.S. Chemical Safety Board issued urgent recommendations about gas purging safety.

The stern report followed the release of a Safety Bulletin on the same topic by the independent federal agency last September to draw attention to the serious dangers involved in clearing gas lines of air. Workers from O&G Industries were performing the potentially hazardous task when the explosion ripped through the 620-megawatt plant, which was scheduled to come online this June.

The deadly explosion is far from the only incident related to the purging of gas piping into buildings over the past few years and immediately raised questions about safety procedures. A seven-person team from the CSB is investigating the accident as well as state police and the Occupational Safety and Health Administration.

The renewed focus on safety comes at a time when the use of natural gas is on the rise and expected to keep growing. By 2018, as coal-fired plants go offline, it is expected to make up 26 percent of the nation’s electricity, up from 20 percent today.

In its most recent report, released three days before the Kleen Energy blast, the CSB reviews the shortcomings of both the national and international fuel gas codes. The CSB notes that neither “explicitly require purged gases to be safely vented outdoors, even when it is feasible to do so.”

They also do not define hazardous conditions or adequate ventilation, fail to require the ventilation of nonessential personnel during the purging of fuel gas lines into occupied buildings, and, finally, do not require the use of combustible gas detectors near open vents, according to the report.

Another natural gas explosion that claimed four lives at the ConAgra Slim Jim production facility in Garner, N.C., in June last year prompted the review and urgent recommendations for change.

The accident occurred during the installation of a gas-fired industrial water heater. Over a period of two and a half hours, gas was intermittingly purged into a utility room as employees came and went, unaware that the release of natural gas exceeded the lower explosive limit. Rather than a combustible air detector, they relied on their sense of smell, none believing that the odor had reached dangerous concentrations. The utility room was also surrounded by potential sources to ignite the accumulating gas, including several unclassified electrical devices.

CSB investigators concluded that to improve safety when gas piping is being purged during maintenance or installation at commercial, public and industrial facilities, the American Gas Association, the National Fire Protection Association and the International Code Council should make four permanent changes to the National Fuel Gas Code.

“Purging flammable gases into building interiors is a recipe for disaster,” said Investigations Supervisor Donald Holmstrom in a statement. “At ConAgra, we determined the accident would not have happened had the gas been vented safely outdoors through a hose or pipe.”

He continued, “The CSB has examined several other similar accidents in which gas was purged indoors and not detected. We have determined that workers cannot rely on their sense of smell to warn them of danger, in part because people become desensitized to the odorant added to natural gas and propane. Gas detectors must be used.”

The final recommendations, approved by a 2-1 vote following extensive testimony and public comment, also state that in cases where outdoor venting is not possible, companies would be required to seek a variance from local officials before purging gas indoors, including approval of a risk evaluation and hazard control plan.

It also requires the use of combustible gas detectors to continuously monitor gas concentrations; the training of personnel about the problems of odor fade and odor fatigue; and warnings against the use of odor alone for detecting releases of fuel gases.