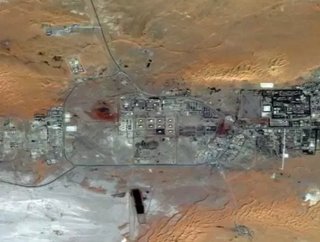 According the Algeria&#39;s Prime Minister, the gunmen that entered the In Amenas gas complex with intent to blow it up is now en route to Mali with...

According the Algeria's Prime Minister, the gunmen that entered the In Amenas gas complex with intent to blow it up is now en route to Mali with foreign hostages, leaving at least 48 dead, including three Americans.

“The [Algerian] army first tried to negotiate in the hope of resolving the situation, but the terrorists were determined and their position was clear, and they had unacceptable demands,” Abdelmalek Sellal told reporters in Algiers today.

The attack had been planned two months prior by a group of 32 Islamists, headed by a man named Bechneb Mohamed al- Amin, a member of the Masked Brigade, who was also killed in the siege. The group is considered to be a splinter faction of al-Qaeda in the Islamic Maghreb, or AQIM. Two of the extremists were Canadians, according to Sellal, “judging by his English accent.”

Although little is known about the supposedly Canadian men involved in the incident, such reports have sparked a major concern in Ottawa. Authorities are seeking clarity on a possible Canadian connection to the raid. One of the men, Riad, has been identified as a North American who took part in killing numerous Japanese workers at the engineering firm JGC Corp, according to the AFP.

Sellal described the scene at the gas plant as chaotic and violent in a press conference Monday. He said the attackers had inside knowledge of the plant, because one of them previously worked there as a driver. They came heavily armed and prepared with explosives belts, used to strap onto some of the hostages.

“They had a massive arsenal,” he told BBC. French Defense Minister Jean-Yves Le Drian described the event as an “act of war.”

The plant, which is responsible for over one tenth of the country's overall gas output, is expected to resume production by Tuesday, according to Algeria's Energy Minister, and Sallel will deliver a new conference about the attack later today.