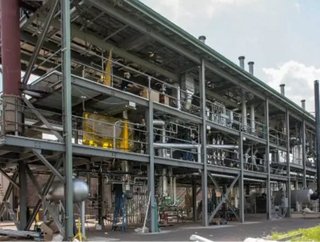 Primus Green Energy Inc., an alternative fuel company headquartered in Hillsborough, N.J., recently announced the commissioning of its up to 100,000 ga...

Primus Green Energy Inc., an alternative fuel company headquartered in Hillsborough, N.J., recently announced the commissioning of its up to 100,000 gallon-per-year natural gas-to-gasoline pre-commercial demonstration plant at its Hillsborough facility.

“As one of the first plants in the nation to make gasoline directly from natural gas, the completion of our facility is of monumental significance for Primus, for the nation and for the world,” said Robert Johnsen, CEO of Primus Green Energy. “Our syngas-to-gasoline plus (STG+) process is much more cost effective and efficient than competing alternative fuel technologies, enabling us to build commercial plants at a fraction of the cost of traditional gas-to-liquids (GTL) and alternative fuel plants.”

The demonstration plant utilizes Primus’ proprietary STG+ technology, which is a four-reactor catalytic process that converts syngas derived from natural gas or other feedstocks to gasoline, jet fuel, diesel or aromatic chemicals directly, without the need for further treatment. The process produces drop-in fuels that are ready for immediate distribution, sale and consumption using the existing fuel distribution infrastructure.

The commissioning of the demonstration plant is a milestone, as STG+ offers the broader alternative fuels and GTL industries a unique opportunity. The company’s technology advances the use of low-cost, abundant natural gas in the production of transportation fuels while decreasing the United States' dependence on crude oil.

Primus’ demonstration plant marks the final step before construction of its first commercial plant. To date, the company’s primary investor has been IC Green Energy, the renewable energy arm of Israel Corp. Gilad.

“There is a major global need for alternative fuels derived from non-petroleum sources, which will contribute to energy independence and energy security for both the United States and Israel and Primus is uniquely poised to take advantage of attractive economics and a first-of-its-kind technology to make alternative fuels a commercial reality,” said Dr. Yom-Tov Samia, president and chairman of Primus Green Energy and president of IC Green Energy.