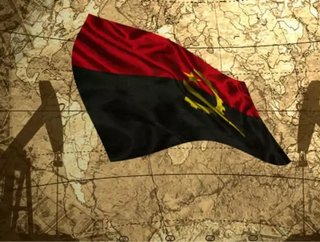 Sonangol, Angolas state-owned oil and natural gas company, is expected to use Risk Services Agreements to promote exploration of its southern territory...

Sonangol, Angola’s state-owned oil and natural gas company, is expected to use Risk Services Agreements to promote exploration of its southern territory in the medium term, according to research and consulting firm GlobalData.

According to the company’s latest report, although Production Sharing Agreements (PSAs) will continue to be the preferred form of contract in Angola, the number of RSAs is likely to increase because of the advantages of direct negotiations with potential operators.

Sonangol has awarded its first RSA to investors in recent years, most notably for blocks 9 and 21, which were originally offered under PSAs in the country’s aborted 2008 licensing round.

“Given the relatively undeveloped state of the country’s natural gas sector, Sonangol might also be expected to use RSAs to promote development – not only in less attractive areas of its territory, but also in gas reserves. In one case this has already occurred,” says John McCormack, GlobalData’s lead analyst for Sub-Saharan Africa.

The effort to increase investment in Angola’s upstream oil and gas sector is due to the desire to boost the large levels of production, and to overtake Nigeria as the biggest hydrocarbon producer in Africa. Explorations in neighboring countries, such as Namibia, could also be a threat to Angola’s supremacy in oil and gas production if they prove successful.

As Angola begins to license its ultra-deepwater areas in the medium term, incentives are likely to be required to counter the increased costs and risk associated with drilling in these areas, states the report.

“There are ways to increase the attractiveness of PSAs for this, but Sonangol could also opt to spearhead exploration under RSAs,” McCormack says, “though under any contract local content requirements, which push up costs, are still likely to be applicable.

“Sonangol is expected to use the legal provisions for RSAs to supplement the PSA framework as it seeks to best exploit the country’s hydrocarbon resources and promote exploration in higher-risk areas. However, despite the additional incentives, which may be offered for new licenses, alterations to existing contracts are not expected as Angola has consistently guaranteed stability of terms in its contracts.”