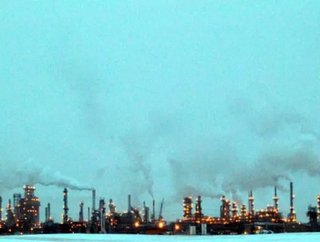 Apache Corp. recently announced it has agreed to sell oil and gas producing properties in theNevis, North Grant Lands and South Grant Lands areas of we...

“We also remain focused on advancing the Kitimat LNG project to monetize large unconventional resources in the Liard and Horn River basins in northern British Columbia.”

The assets comprise 621,000 gross acres (530,000 net acres) and more than 2,700 wells that had average net production of 67 million cubic feet of gas and 237 barrels of liquid hydrocarbons per day from late Cretaceous sands and coal seams during the second quarter of 2013. Apache will retain 100 percent working interest in horizons below the Cretaceous, such as potential Duvernay and Nisku, in Nevis and North Grant Lands.

The effective date of the transaction was April 1, 2013, and it is expected to be completed during the third quarter, subject to customary regulatory approvals and other closing conditions.

Apache previously announced plans to divest $4 billion in assets by year-end 2013. The company intends to use proceeds from the asset divestitures to reduce debt and enhance financial flexibility and to repurchase Apache common shares under a 30-million-share repurchase program authorized by the Board of Directors earlier this year.

“This transaction is one element of a comprehensive review of Apache's portfolio to determine which assets make the most sense for Apache to own given our growth and return objectives and which assets are better owned by others,” Eichler said. “The Nevis, North Grant Lands and South Grant Lands assets fit in the latter category.”

In July, Apache announced an agreement to sell its Gulf of Mexico Shelf operations and properties to Fieldwood Energy, an affiliate of Riverstone Holdings, for cash proceeds of $3.75 billion. In addition, Fieldwood will assume all asset retirement obligations for these properties, which, as of June 30, 2013, Apache estimated at a discounted value of approximately $1.5 billion.